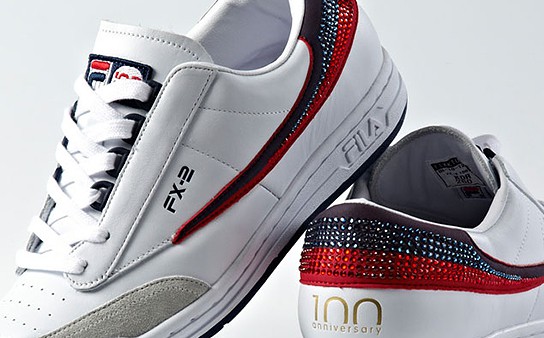 founded in year 1911, FILA celebrates its 100th anniversary this year. to mark the centennial year, FILA has teamed with Swarovski to recreate its first ever tennis shoes with Swarovski elements. made out of real cow hide, thousands of Swarovski elements are fused with iconic FILA tricolor design, thus resulting in a classy yet not too ostentatious design. beside the obvious bling that’s probably distracting you at this point, the shoes also sport FILA 100 years logo as well as gold color embossed “100 anniversary” at its heels.
[ad#Google Adsense-text-468×60]

the FILA 100th Anniversary FX2 has a retail price of TWD16,800 (about US$585) and has a limited run of just 100 pairs worldwide. we have no idea where to grab one of these, even with our relentless digging around. all we know is there are 11 pairs allocated to Taiwan. if you have the money to spare and want an added bling to your tennis game, perhaps you can contact FILA directly. 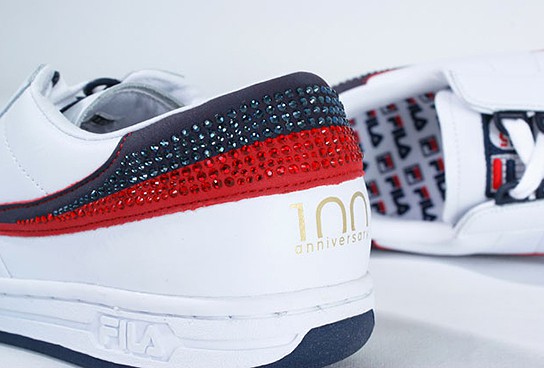 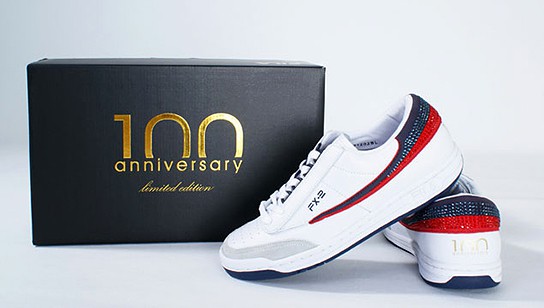