It’s 21st century and surprisingly, there is still room for rubber band guns. In fact, I suspect some of you even have one past down by your grandpa. As well as those may have worked out till this day, they are hardly considered aesthetically pleasing. But like I said, it is the 21st century, which means for every problem, there is always a resolution and in the case of rubber band guns, it is the Rubber Band Guns by Elastic Precision. These rubber band shooters are not your typical rubber band guns on the get go, because they are handcrafted in Kansas City out of solid hardwoods and takes on the form of modern, recognizable firearms, such as the classic Walther PPK made famous by Agent 007, the classic 1911 handgun and the iconic H&K MP5. 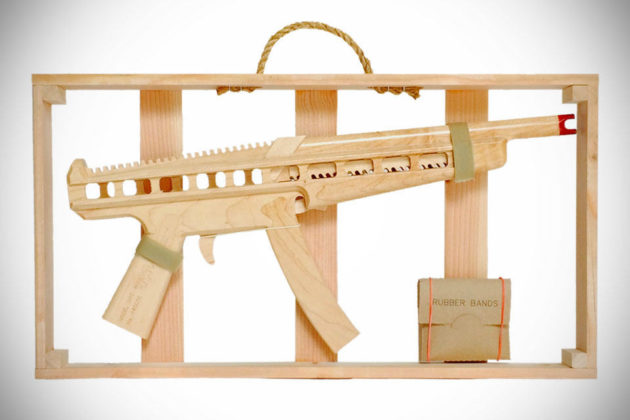 The latter is worthy of a special mention, as it is capable of unleashing 24 rubber bands, up to a distance of 30 feet and comes complete with a wooden crate-style carrying case. In fact, the former two are also semi-auto capable too, with the 1911 shooting 6 rubber bands and the PPK, 5 bands. Interested? Then head on down to Etsy and pick one up. Prices start at $19.99 a pop. A word of caution though. Since it looks so much like the real thing, save for the wooden appearance, it may or may not run into trouble with the authority in some locality. So, buy at your own risk. Don’t say we didn’t warn you. Keep going for a few more product look. 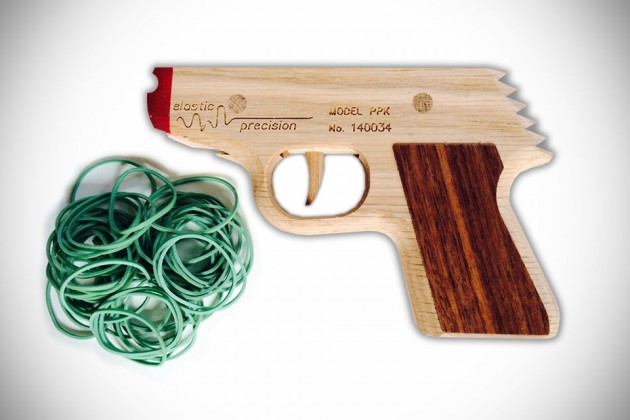 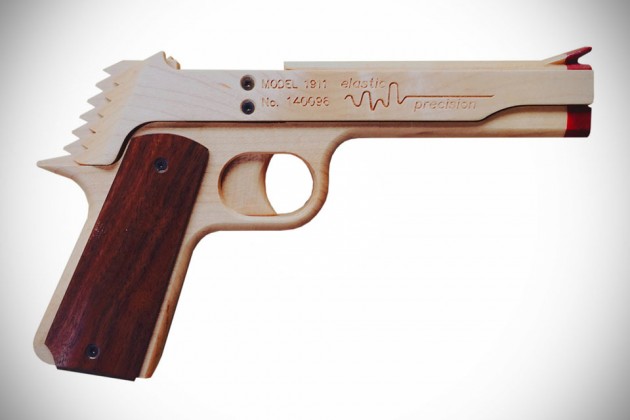 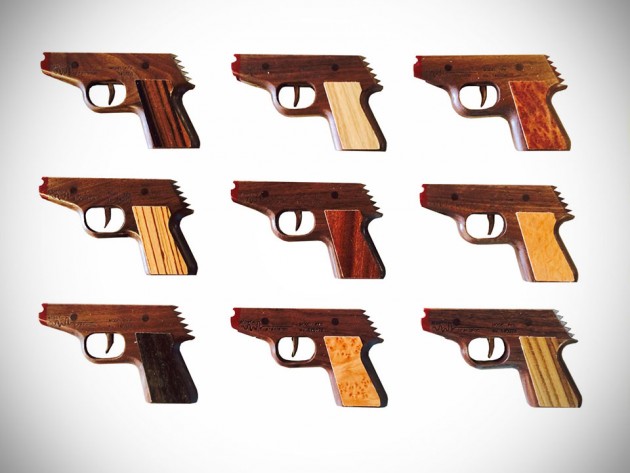