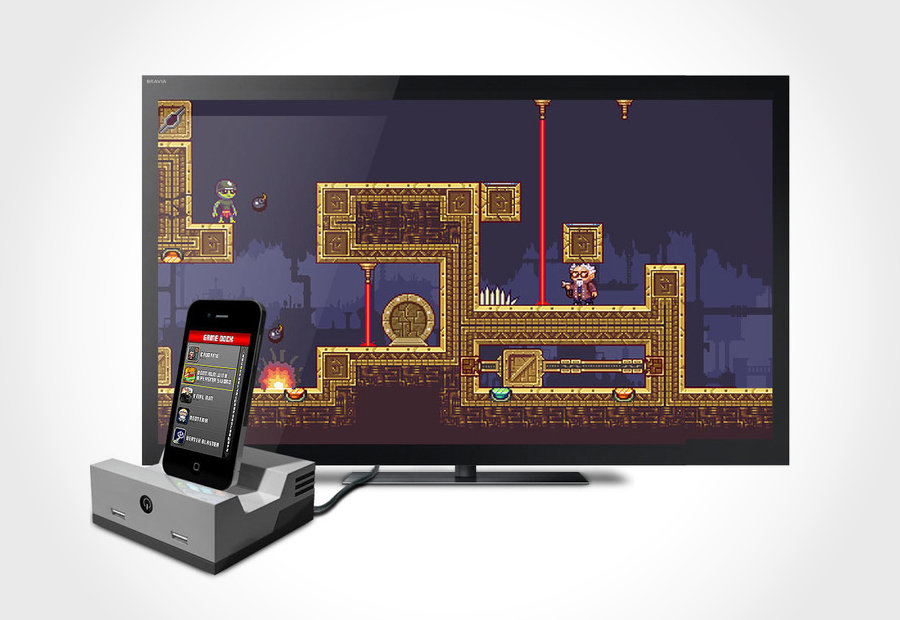 when games start appearing on mobile devices such as iPhones and iPads, it was a welcome addition that would eliminates our boredom while we are on the road. as it evolves, our favorite arcade games became available on iOS devices which we dived into it eagerly but as time goes by, we realized we wanted something more. we became frustrated with tiny screen, the lack of two-player capability without some struggling and most importantly, the lack of the good old tactile feel that we missed so dearly. this is where the GameDock for IDevices, created by Portland-based Cascadia Games, comes into play – literally. it wants to turn your iDevices such as iPad, iPhone and iPod Touch, into a retro gaming console.

the concept is pretty straightforward: plug the GameDock to your TV, connect up to two controllers to the GameDock’s USB ports and dock your iDevice, and you are all set for a fun-filled retro gaming in full HD glory. oh, did we mention that the dock also charges your iDevice as well? so you can continue gaming for hours on end without worrying about running out of juice. it is compatible with existing iCade games and for dock-ready games and as you may have already noticed, it supports two-player gaming, as well as full HD 1080p output. additionally, with its Bluetooth capability and a dashboard app, users can easily choose and play games using the controller without leaving their cosy couch.

Cascadia Games is seeking funding for the GameDock for iDevices via Kickstarter, in which a pledge of $125 or more will guarantee you a GameDock, a pair of retro USB controller and an HDMI adapter. check out a short product video after the break.