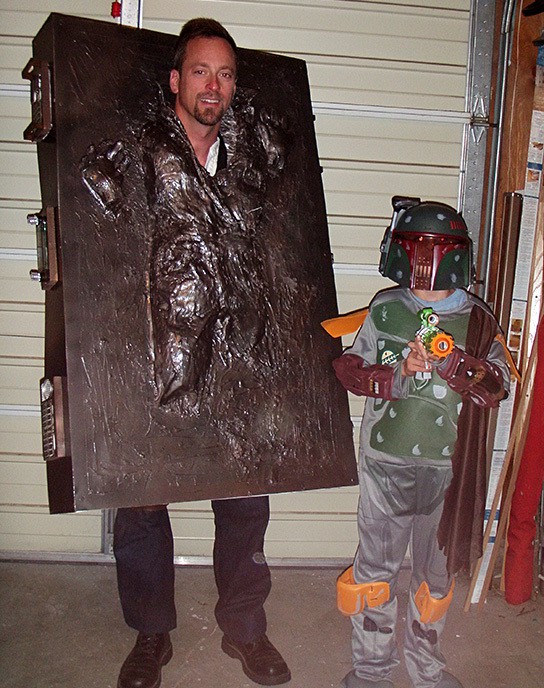 one of the most memorable scene in the original Star Wars movies is perhaps the Han Solo in Carbonite scene, and that alone should give any Star Wars fans (rebels supporter, in particular) a reason to dress up like one for your halloween parties. forget about those cheesy Star Wars costumes the stores try to peddle to you. if you really want to proclaim yourself as one huge Star Wars geek this halloween, then DIY yourself one Han Solo in Carbonite costume. really. don’t know how to make one? well, no worries cos’ that’s where Instructables member bserinese’s instructions comes in. all you need is a geek-will to get your hands dirty, and i am sure you will be one walking Han Solo in Carbonite in no time. i think this is the best boxy halloween costume since Spongebob. though it would be more impressive if you could paint your face to look like part of the carbonite costume. this could be one heck of a conversational halloween costume ever.
[ad#Google Adsense-text-468×60]

PS: do dress like Han Solo underneath the Carbonite, just in case there’s a Princess Leia in the party ready to rescue you from your Carbon-agony. 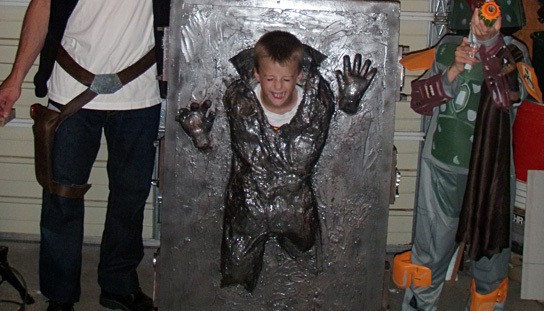