For the longest time, Microsoft’s answer to Google Assistant, Apple Siri, Cortana has been largely relegated to the devices, such as laptops and more recently Skype on Xbox, that it was built into, but starting October 22, that changes when Cortana steps out of its familiar domains and into Harman Kardon Invoke. The Invoke, as you might have guessed, is the Redmond tech giant’s answer to Google Home, Apple HomePod and of course, Amazon’s long list of Alexa-enabled Echo devices. It is obvious Microsoft isn’t ready to build a standalone Cortana-enabled hardware yet and it is most definitely not going pick up just any third party hardware for Cortana; it picked one of the industry’s foremost leader in audio equipment maker, Harman Kardon, to kick off this foray. 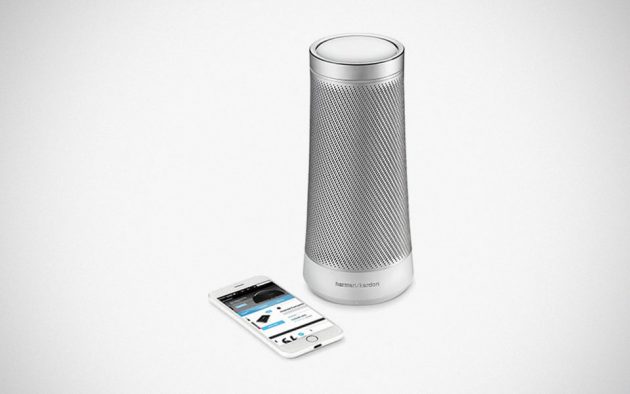 Having already on Windows 10 PC and “infiltrated” Android and iOS devices, and the Xbox, Cortana is finally ready to step out of its comfort zone to offer her assistant from within this sleek, tower-style speaker. With Invoke, you will be blessed with the power to control music with your voice, ask questions, set reminders and to-do-list, and connect to your Office 365, so you can do things like managing your schedule, check your calendar, set reminders, and more. You can ask Cortana to pull up your next meeting appointment, ask her to provide you with the address, and if you are not sure how to get there, you can ask Cortana to send the directions to your phone which you can then view on the Cortana mobile app. Not exactly the most intuitive and I doubt it will ever be unless Cortana gets integrated into Android OS, which obviously will never happen.

NOW READ  The Beauty Of This Wireless Speaker Is, It Doesn’t Even Look Like A Speaker 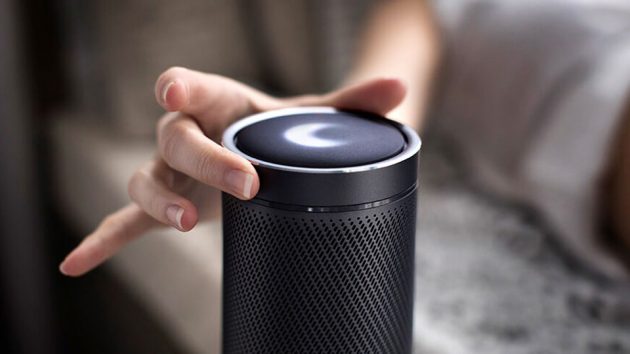 Anywho, with Invoke Cortana-enabled speaker, you can also control your smart home devices, including products from SmartThings, Nest, Philips Hue, Wink, and Insteon. Like Alexa, Cortana will also have skills which, through the availability of Cortana Skills Kit, should see partners and developers turning out intelligent, personalized experiences, said Microsoft. Maybe. Finally, you will be able to enjoy free out-bound calls to select countries and localities via Skype, naturally, and that’s in addition to your regular Skype-to-Skype calling. As far as actual audio performance goes, Invoke promised to deliver full 360 sound which it proposed to do so via two passive radiators, three direct-radiating tweeters, and three direct-radiating woofers.

And there are seven far-field microphones to ensure Cortana hears you in nearly any environment and last but not least, capacitive touch control is place in the event you feel like you using your digits to control the music. Harman Kardon Invoke Cortana-enabled Speaker is available starting October 22 via both online and offline Microsoft Store, Best Buy, as well as Harman Kardon website and in a choice of Pearl Silver or Graphite, for $199.95 a pop. 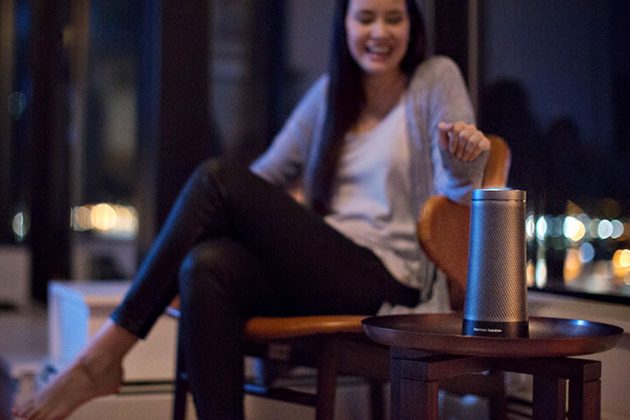 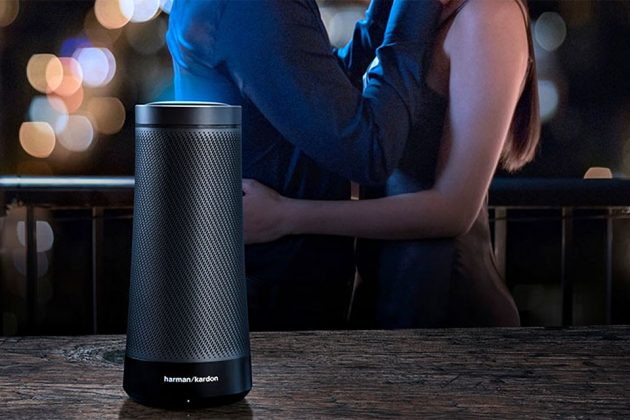