Remember the Hasbro Star Wars Vintage Collection Jabba’s Sail Barge introduced under Hasbro’s new crowdfunding-style initiative known as HasLab. Well, it looks like the community is not quite thrilled. So far, this 500 dollars collectible has gotten 3,500+ backers and it has just 10 days left to meet its targeted 5,000 backers to take it to production. However, it is deemed a good enough milestone for Hasbro to showcase this collectible in its painted form, or perhaps, the colors put on to an attempt to boost the allure. 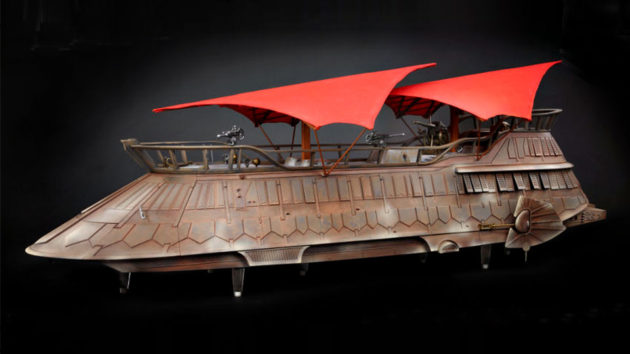 IMHO, I don’t think it without color has anything to do with the lack of enthusiasm from the community. Star Wars has a fan based big enough to make an exclusive item sells like hot cakes, but Hasbro has to understand it is the price tag might just be stumbling block. While 500+ sticker is not new for this type of collectible, Hasbro is not exactly known to be the forerunner in collectibles that promised exclusivity and detail. Therefore, it will take a while for fans to reconcile with the fact that toy maker Hasbro can be the other Hot Toys. 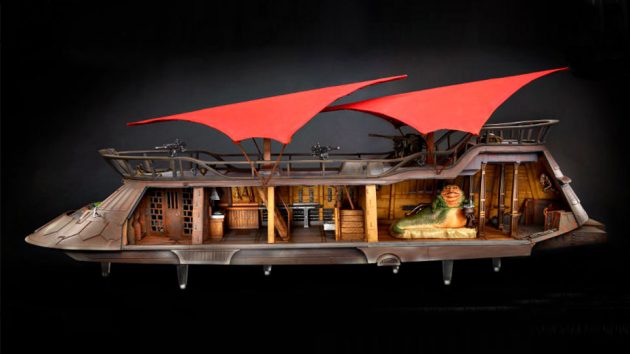 The Star Wars collectible did see some traction after it made its debut at the New York Toy Fair, but according to our source, it has kind of slowed down since. We are not sure ten days will be enough to convince another 1,500 or so backers on board before the campaign ends at 11:59 EST on April 03, 2018. In the event it does hit the set goal, the Hasbro Star Wars Vintage Collection Jabba’s Sail Barge is expected to ship (pun not intended, btw) on February 28 in 2019. That’s a hell of a wait, if you ask me and it could be the other stopping factor for some collectors. 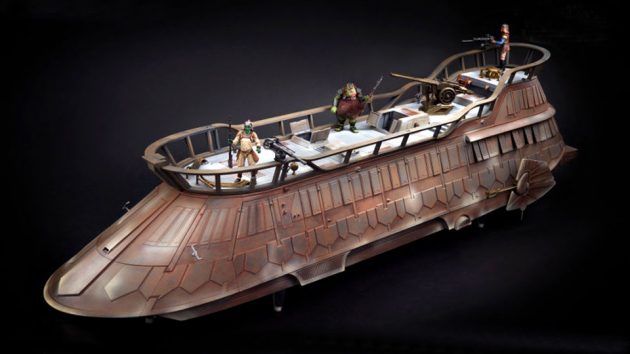 But look at it this way: at least, Hasbro is an established brand name and it definitely deliver. The only question is, will the quality and details live up to the promise? And oh, it is not only colors that Hasbro is showing off there; the toy maker will also throw in a 3.75-inch Yak Face figure from The Vintage Collection if the campaign is fully backed. Moreover, HasLab backers will also receive an exclusive Power of the Force card back packing that pays homage to its original release in 1985 and an exclusive Collector Coin to boot. 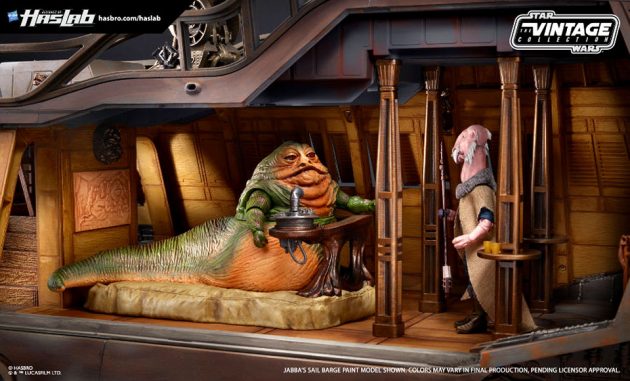 Finally, backers will also be bagging a 64-page behind-the-scene booklet (more like an actual book, really, looking at the number of pages it will have) that lets you in on the entire development process with photos, product blueprints, interviews and more. If you are sold, you can secure yourself a unit by pre-ordering on HasLab. Remember, you have only 10 days to do so. 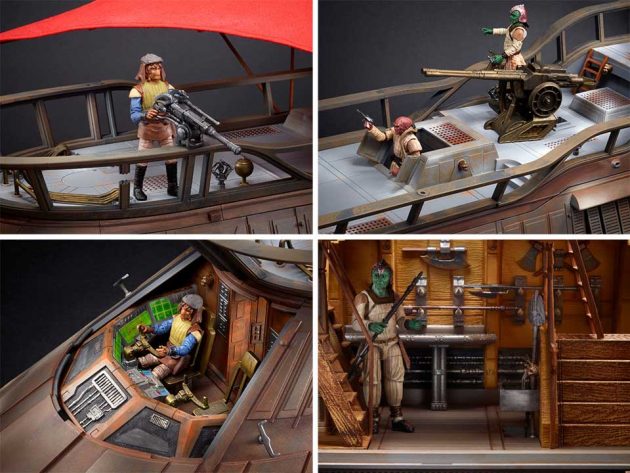 Here’s a rendered look of the Yak Face in its throw-back blister pack: 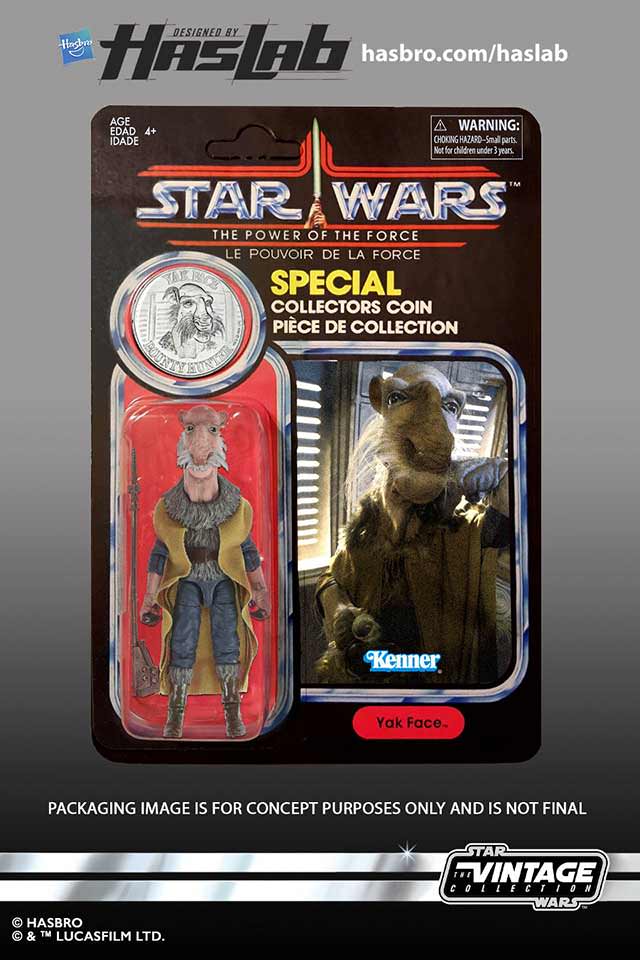 And here’s a sneak peek of the 64-page booklet: 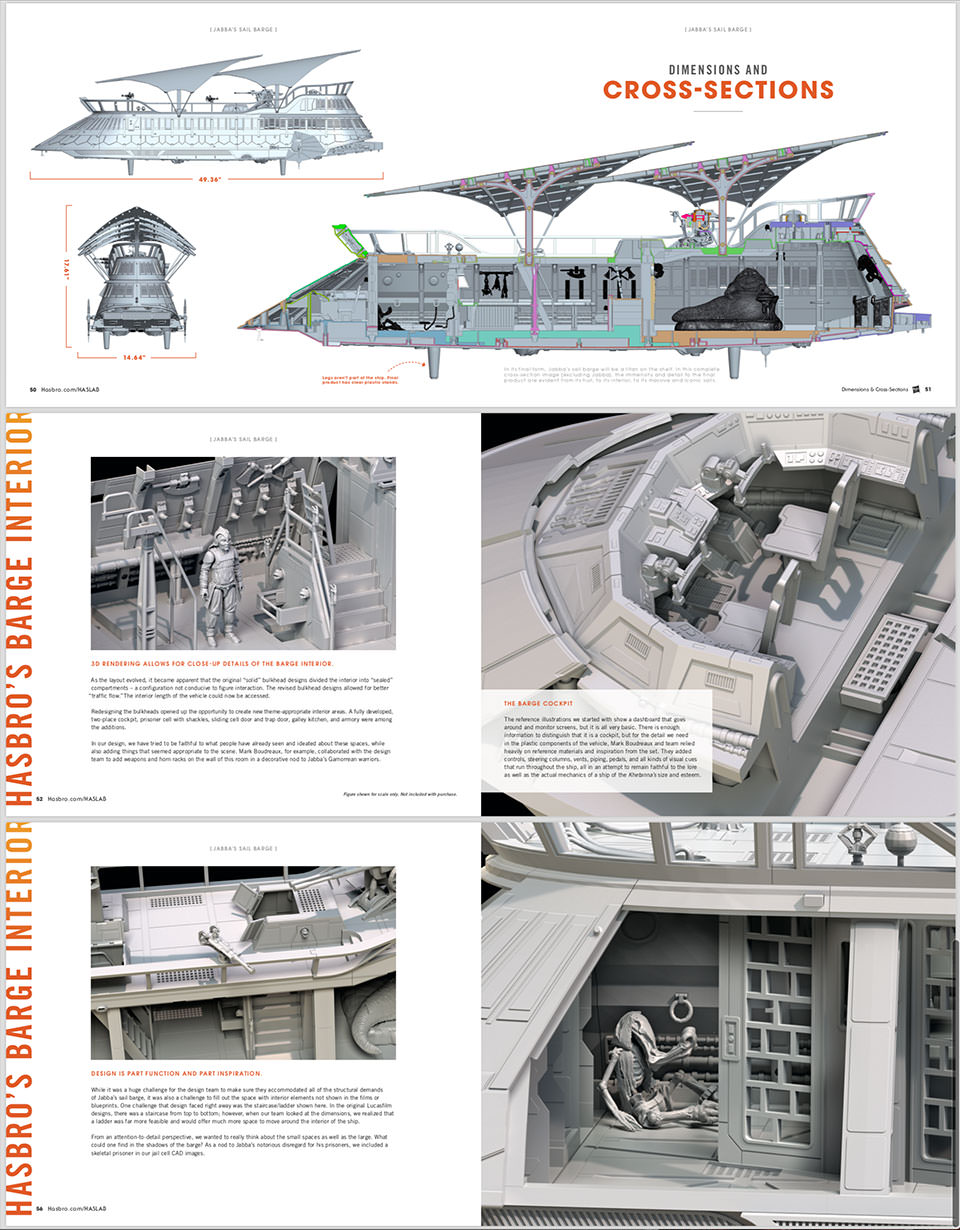 As you may have already know, this first from Hasbro is huge (4 feet long!) and here’s a feel of how big the eventual packaging box will be: 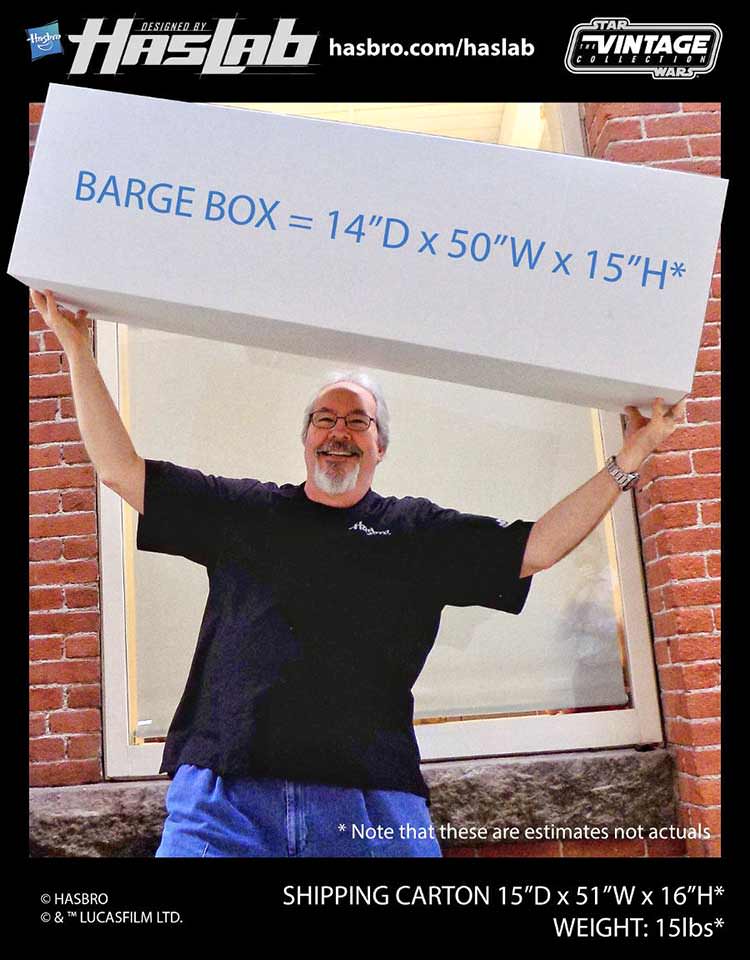