No. We did not insert the wrong image. The product you see above is really the new One. I am sure if you have been anticipating something more visually different, well, then I am afraid disappointment is what you will get. For a moment, we thought the official PR put up the wrong image, but as it turns out, that is the HTC One M9. Man, have HTC ran out of creativity juice? That said, we are not sure what HTC chairwoman means when she said “the HTC One M9 accomplishes this (challenging expectations) once again with (wait for this…) stunning elegance and design..” So what exactly is happening here? We are not quite sure ourselves. After months of anticipation and the some denial, it turns out that the rumors and leaks were true. Not that it is not aesthetically pleasing; it still is and to be fair, it does have some differences which the photos cannot justify. 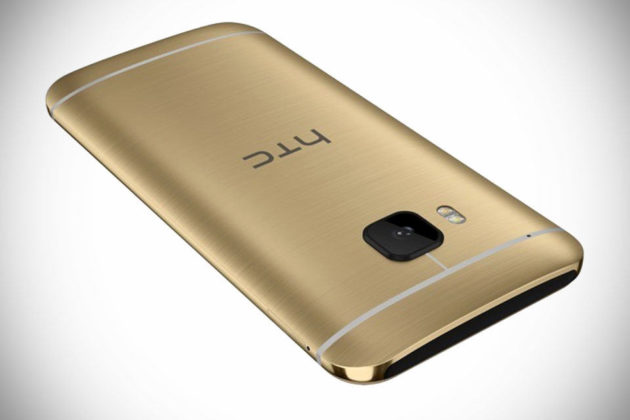 Speaking of aesthetic, the new One sports a dual-tone all-metal body with mirrored edges that is designed with grip in mind. It’s unibody like the outgoing M8 and has the same curved back as before. Under the hood, it is outfitted with a Qualcomm Snapdragon 810 with an octacore chip packing a 2.0GHz quad core and a quad core 1.5GHz processor, supported by 3GB RAM. Onboard storage is 32GB, expanded up to 128GB via microSD card. The new One also gets a boost in the audio department, with BoomSound now featuring Dolby Audio and capable of 24-bit high-definition sound – put out through the familiar dual front-facing speakers. And guess what? The dual rear-facing is now replaced by a single 20MP main camera, while the front gets an upgrade to an UltraPixel item with BSI sensor – 1080p video recording capable, no less.

Other mentions include HTC-skinned Android 5.0 OS, 5.0” 1080p touch display, 4G LTE, Bluetooth 4.1, dual-band WiFi (supports up to ac), HDMI/MHL 3.0, DLNA, NFC, the usual garden variety of sensors, and finally, a 2,840 mAh battery good for up to 25.4 hours of talk time and up to 402 hours standby time. The new HTC One M9 will be available in the U.S. through AT&T, Spring, T-Mobile and Verizon in early Spring, as well as HTC online, Amazon, Best Buy, Best Buy Mobile specialty stores, Costco Wholesale and Target. As for the price, it is to be announced. 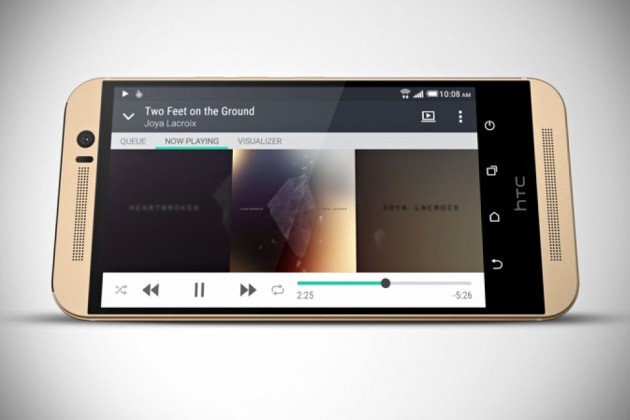 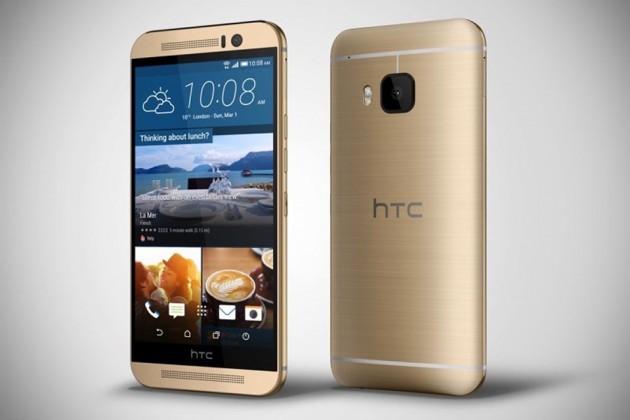 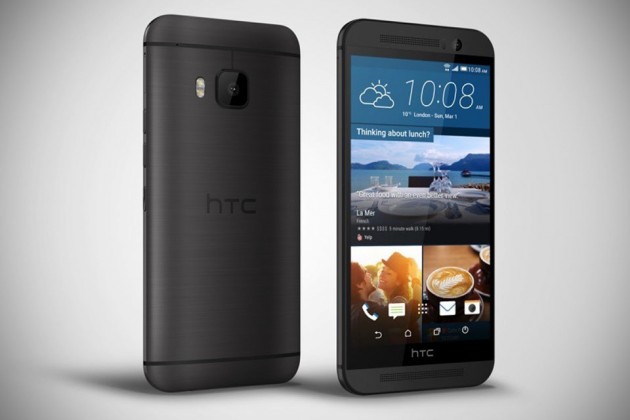