These days, it takes more than one flagship device to survive in the wildly competitive smartphone market, well, at least that’s what we thought. How else would you explain the launching two flagships by Samsung in March? While HTC didn’t quite explicitly refers the latest Butterfly incarnation, the J Butterfly (and likely Butterfly 3 in the global market), as so, the spec-sheet tells us otherwise. Though the plastic build did kind of contradicts the spec. Announced last week in Japan by Japanese telco, au by KDDI, the J Butterfly sports the unmistakable design language current to HTC. In fact, it looks pretty much like the M9, E9 and Desire Eye and also boast front-facing BoomSound stereo speakers. Audio reproduction is made sweeter by Dolby Audio and DSP amplifier, and the ability to playback high-res audio at 192kHz/24-bit. 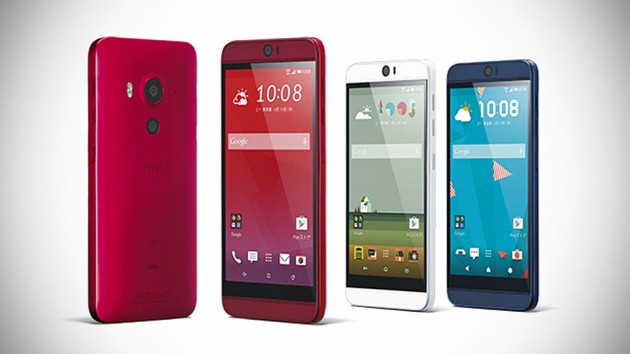 Equipped with a 5.2-inch QHD Super LCD 3 display, the J Butterfly is powered by a Qualcomm Snapdragon 810 chip and has 3GB RAM and 32GB storage to its name. Storage is, naturally, expandable via the built-in microSD card slot. Imaging is quite a big deal with J Butterfly with the rear getting a 20.2MP Duo Camera, first seen on the One M8 and Butterfly 2, and the front is a selfie-friendly 13MP item. Still on the imaging, it also touts dual LED flash, a built-in photo editor, 4K video recording, as well as the ability to camera RAW images. Interestingly, the device is actually IPX5/IPX7 rated, which means it is impervious to dust and water ingress to certain extend. A few other notables include a 2,700 mAh battery with quick charge support, DLNA support, IR blaster, NFC and LTE Advanced radio.

It will run on Android 5.0 Lollipop overlaid by HTC Sense 7. The HTC J Butterfly is expected to be available to folks of Japan come June (from au by KDDI, of course), there is no word on when the rest of the world will be seeing it.

au by KDDI via Hardwarezone