your impression of a health tracker probably includes monitoring of heart rate, blood pressure and the likes. however, there is one device that is coming onto the market known as iewei Wellness Wristband that wants you to take notice of an often ignored health risk: electromagnetic radiation presents in EMF (electronic magnetic field). electromagnetic radiation has always been around us, but with the advancement in wireless transmission, this energy increased in strength, so to speak, exponentially and potentially killing us slowly and affecting our natural environment. while only a small percentage of the people in the world suffers from electromagnetic hypersensitivity, an idiopathic environmental intolerance to EMF, the fact remains that we are all at risks.

now, the thing is, we don’t know for sure the effect of these ‘mild’ electromagnetic radiation which we are being exposed on daily basis, but our guts tells us that it is in fact doing something not so present to our body. of course we can’t prove that, but the maker of iewei Wellness Wristband proposed an interesting conspiracy theory. according to the operation manager and co-founder of iewei, 89 percent of reports that presumably said that the radiation from this electronic devices, cell towers included, is at a safe level were instigated by telecommunication industries. in short, they are saying that there has been a cover up and he added that even if there is some sort of genuine reports, they’d be shot down by “power lobbies” and so we move along thinking we in safe hands.

anyways, it sounds to me the folks over at iewei are some kind of renegades who wants us to know the ‘truth’ and iewei Wellness Wristband is the device that will help them achieve that. little is known about this elusive device at this point, but as far as we can tell, it will let you know the electromagnetic radiation level surrounding you, in addition to ‘basics’ like heart rate monitoring, as well as body temperature reading. what other functions it might hold is still a mystery. our question is: so what if you knew you are exposed to too much dosage of this radiation? perhaps some mitigating suggestion via an app or something? we really don’t know.

regardless, iewei seems to be relentless on the claims and have even planned to help raise funds to support brain tumor patients (a disease which the company said might be the result of this ‘electrosmog’) who cannot afford the ridiculously expensive treatment for the disease. oddly, with three official press releases to date and a set May 2014 launch of the wellness wristband, little is known about this intriguing product. we will be waiting to see what it can do. 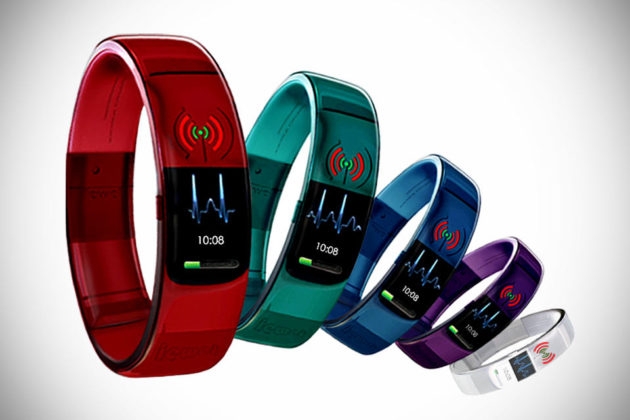