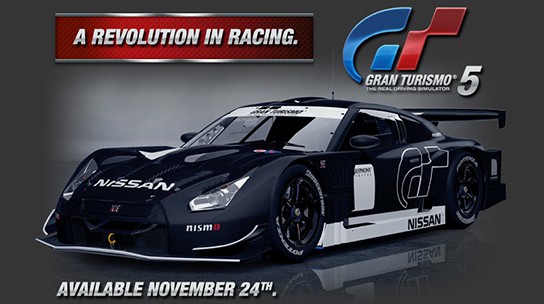 i received an email from Sony Playstation network regarding the release of the much anticipated Gran Turismo 5. “much anticipated” is very much an understatement. year after year, fans like me has been waiting for this sequel ever since Playstation 3 made its debut to the world. looks like the date is confirmed, at least for North America.
[ad#Google Adsense-text-468×60] 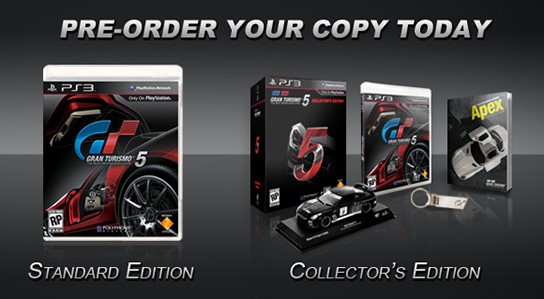 many games attempt to lock on sales for anticipated games by going on the “pre-order” scheme, so i was half-expecting GT5 to be the same. well, here it is, available for pre-order. pre-orders are both for the standard edition and the collector’s edition. as a bonus, pre-order entitles you to one the following exclusive downloadable cars:

the collector’s edition will retails at US$99.99 (MSRP) and comes with a 1:43 scale collectible diecast car, a 300-page guide to cars and racing techniques, a GT-branded key chain, voucher for five DLC cars and a numbered certificate of authenticity. sounds quite a handful. is it worth the US$40 dollar premium? or should i save up to acquire a steering/gear shift set?

i have waited long enough and i would at least get the standard edition. finally…