When it comes to home appliances, ceiling fan is often much overlooked. Nobody gives a damn how it looks, but for those who do, the options are actually quite abundant. However, if you want something out of the ordinary, something that goes beyond good looking, well, this is it: the Jet Engine Fan Blades Ceiling Fan by Phighter Images, otherwise known as Aviation Flying Furniture. If the product name and the image doesn’t already win you over, then, you are probably not an aviation buff. But if you are, you’d be glad to know that Jet Engine Fan Blades Ceiling Fan is a thing you can own. Though for how much, we can’t be sure. We read that each one cost around the region of 3 grand. Hell, it is expensive! Then again, so is the real deal, isn’t it? 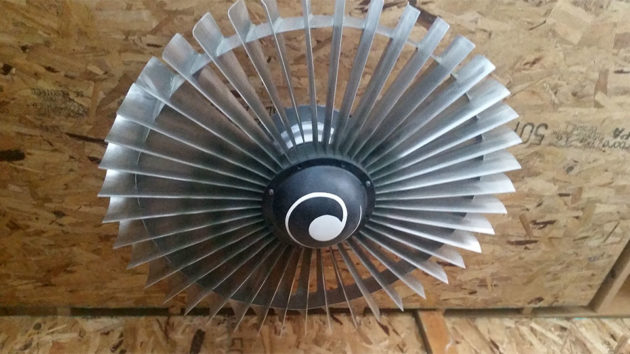 Anywho, as you can see, this functional, air-conditioner alternative mimics the look of the turbine fans found on an jet aircraft, but unlike the actual engine that suck air at crazy speeds, this thing does the opposite: it pushes the air out and probably at a very much less threatening speeds. The Jet Engine Fan Blades Ceiling Fan comes in two variety: one based on Pratt & Whitney engine and the other, based on GE 9X engine. Sorry, Rolls-Royce fans, it looks like the Rolls is not in the house, or at least not yet.

$3,000 is a lot to pay for a ceiling fan by any standards, but there are alternatives if you look hard, you know, like the super rad upside down helicopter ceiling fan and the Tiger Shark warplane ceiling fan? Though, we have to admit the turbine fan will look totally harmonious with the The Bomb Drinks Cabinet and Martin Baker MK10 Ejector Seat Bar Stool. 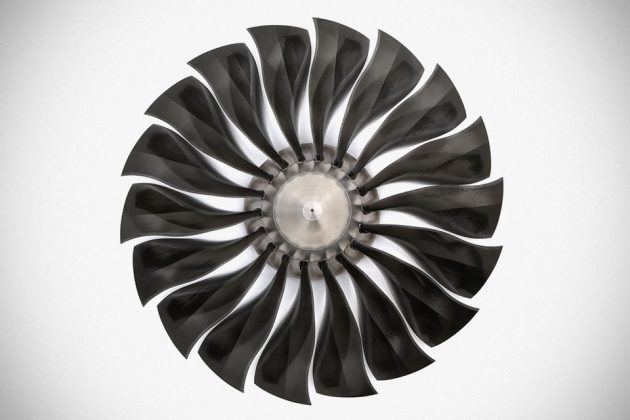