to call the new Koenigsegg Agera One:1 a supercar is an insult and calling it a hypercar is really a gross understatement, because it is the world’s first production car to achieve one megawatt of power (1,341 hp) and touts a power-to-weight ratio of one-to-one (that’s a kg to a hp), which effectively makes it a megacar – the world’s first megacar. no performance figures were offered, but with such an insane grunt under the hood, do you really need to know? i guess not. however, the Swedish specialist automaker did say that this car has a simulated top speed of over 440 km/h (273 mph), which kind of makes the world’s fastest production car if not for the limited six units planned (all sold, btw).

power comes from a 5.0-liter twin-turbo V8 unit with the aforementioned 1,341 hp and 1,011 lb-ft (1,369 Nm) of metal-twisting rotational force. with such brutal numbers, it necessitates a slew of enhancement to tame this wild beast, including a seven-speed dual-clutch gearbox, electronically-controlled differential, fully active aero with independent left and right front flaps, hydraulically actuated top mounted dual plane rear wing, and advanced active under and over body aerodynamics that offers 610 kilograms of down force at 260 km/h (160 mph). on this setup, the ride is said to be capable of pulling 2G cornering on road legal production cup tires. 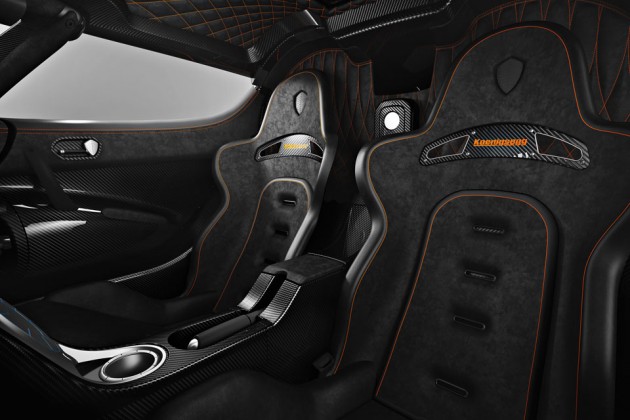 Koenigsegg via Autoblog via Uncrate