Well, I sure did not see this coming. LEGO has been turning out many Star Wars play sets that immortalized iconic scenes. The most recent set, Betrayal at Cloud City, will not be the last. I am expecting more iconic scenes from the Star Wars movies getting the LEGO treatment down the road, but I never dream that Darth Vader’s Castle will be it. That’s right, folks. Darth Vader’s Castle is finally getting LEGO-lized and it will be an Amazon-exclusive. 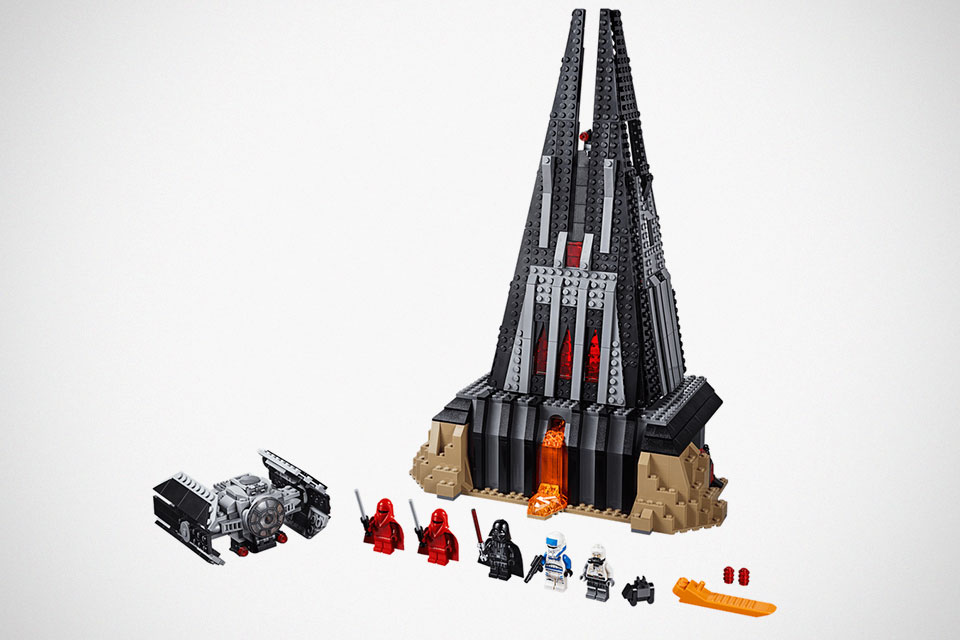 The LEGO 75251 Darth Vader’s Castle, as it is officially named, is a reasonably sized set packing 1,060 pieces that, when built, it measures over 16 inches tall, 11 inches wide and 9 inches deep (41 x 28 x 23 centimeters). I’d say it is of the right size as a mantel piece to your LEGO Dark Side collection. It has quite some details too, featuring a brick-built lava flow, an underground hanger with mouse droid and docking station, ancient Sith shrine with holocron, racks for extra ammunition, and secret compartments hiding more Sith relics. 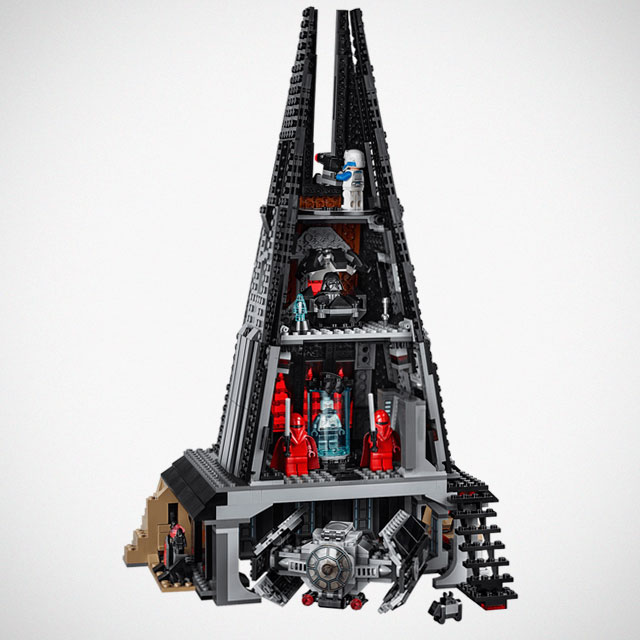 Further sweetening the deal is a buildable Vader’s personal space ride, a TIE Advanced Fighter model that shoots studs and fits a minifigure, and five sweet minifigures including a bacta tank version Darth Vader, a classic Darth Vader, two Royal Guards, and an Imperial Transport Pilot. Other features include an opening bacta tank, the Dark Lord’s meditation chamber with holographic communication unit, a meeting platform up top with a defensive stud-shooter cannon, side access door, appropriate minifigure weapons, and even tiny details like a hook for Vader’s cape. 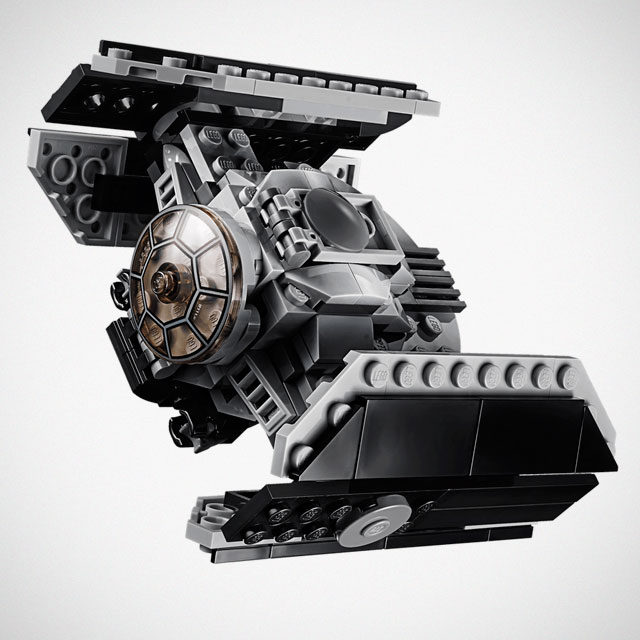 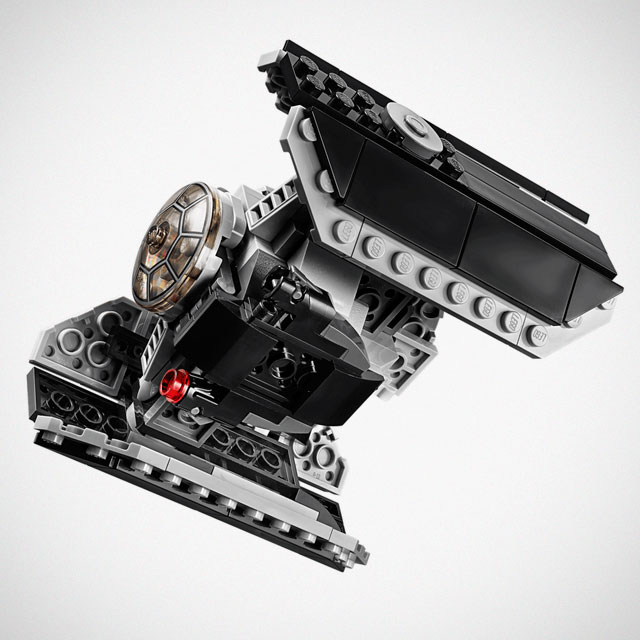 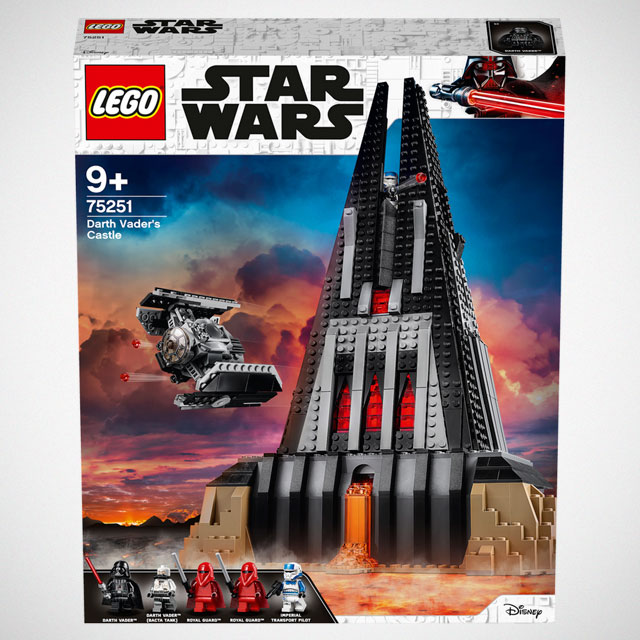 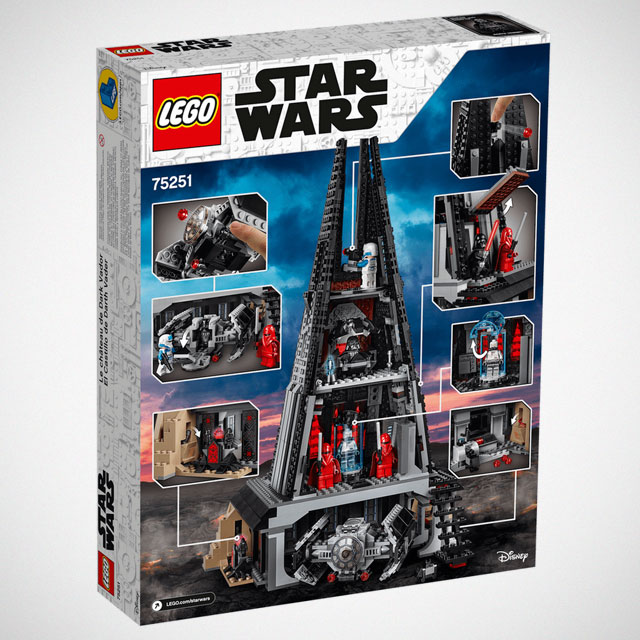