Remember the LEGO Star Wars: The Force Awakens video game we told you about yesterday? Well, it didn’t take long before e-tailers open it for pre-order. Not only that. It is now official that both PS4 and Xbox One version will be getting the ‘Deluxe Edition’, which will includes exclusive-to-deluxe edition Finn (FN-2187) minifigure polybag, as well as season pass for DLC. In addition, Playstation 4 version will also get the Droid Character Pack and the Phantom Limb Level Pack. There will be no deluxe edition for PS3 and Wii U version of the game, though the PS3 will also get the two game packs that come with the PS4 version. 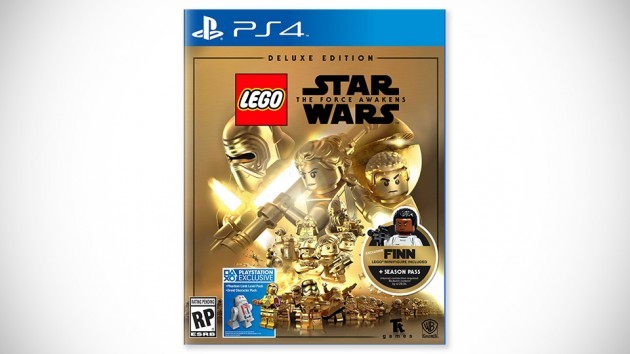 Both the deluxe edition and the standard edition are available for pre-order on Amazon under the e-retailer giant’s pre-order price guarantee, which means, if the price drops before the order is shipped, you will get the lowest price offered. The LEGO Star Wars: The Force Awakens Playstation and Xbox Deluxe Edition retails for $69.99, while the standard edition goes for $59.99. Wii U variety is priced at $49.99. You can catch the launch trailer below.