As far as car color goes, you are pretty much stuck to one option which, sometimes, you immediately regret the moment you drive out of the dealership. Wouldn’t it be nice if you could change it as and when you fancy? For now, your best bet of car with different color every time is with iridescent paint that appears in different shades when viewed from different angles. However, that could change in far future – thanks to Lexus. The Japanese luxury car maker has just planted a new notion with regards to changing color with this one-off IS which is covered in LEDs. 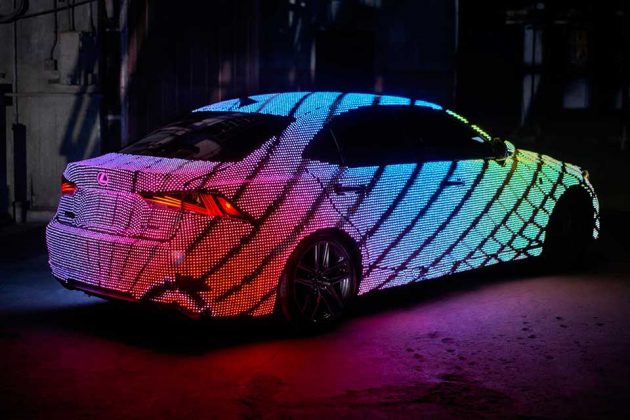 In total, 41,999 programmable LEDs are hooked up together through a network of 5,280 feet of wire to enable the car to change color at will. These LEDs are also capable of displaying specific designs or patterns, dishes out animation, or even, if you desire, light up in sync with the music of the car’s audio, effectively turning it into one giant-ass visualizer. Interestingly, it can also react to gestures offered by a person standing in front of it to create a spectacular light show. 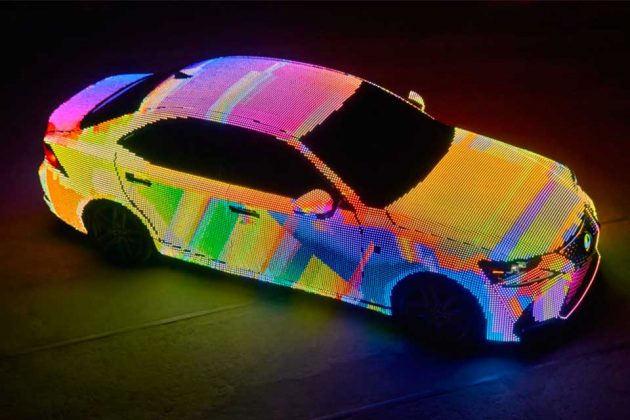 In a way, this LED-covered Lexus is like a giant disco car, or to some extend, a moving billboard cos’ you can virtually load it with anything you wish to display. Well, that sure sounds like an excellent media advertisers can look to, eh? In case you still have doubts about this car’s existence, rest assure this it ain’t no prank and it is certainly not some clever CGI. It is as real as the real working hoverboard dished out by the marque last year. The Lexus LED-covered LIT IS, as it is called, made a guest appearance in Dua Lipa’s Be The One music video.

While real, do not expect this technology to be on any Lexus, or any cars for that matter, you know, for practicality sake and also, road safety. That said, we imagine it won’t go down well with the authority as an LED-covered vehicle certainly is a distraction which no roads need. Also, we can’t imagine having to check for dead pixels, or in this case, dead LEDs, when we take over a car and that’s not to mention the devastating effect flying debris would have on those tiny LEDs.

Proceed forth to see the Lexus LED-covered LIT IS in action and don’t forget to catch Dua Lipa’s video which it also stars in.