in case you missed it, this LG Pocket Photo Printer was showcased at the 2013 International CES earlier this year. as the name suggest, it is a palm-sized printer that let you print any stills captured by your smartphone via inkless paper. based on the zero ink (aka ZINK) technology, so there’s no cartridge to mess with which also partly contributes to its compact size. for the uninitiated, the magic is in the special ZINK photo paper that promised to deliver high-quality photo print outs. we shan’t dwell too much into the science behind it – all you have to know is the photo papers used are special concoction and they just works. as for the durability against time, we can’t say for sure how this technology is going to work out. dedicated imaging and printing are two things that are not exactly LG’s forte, but the LG Pocket Photo Printer could be a nice addition in bolstering LG’s smartphone ecosystem. we wouldn’t say we are absolutely thrilled by being able to print right-there-right-now, but it is a nice-to-have gadget. however, that just us. it could appeal to younger, chic generation who felt totally the need to print and share, and the fact that the device measures a tiny 121 x 72 x 24mm (about 4.8″ x 2.8″ x 0.9″), it could just entice the undecided to give it a go – IF the $198.99 sticker is not too much to ask. turning out prints are pretty straight forward – all you have to do is to pair your Android devices via Bluetooth or NFC (though printing via USB is possible also) and you are pretty much all set. though LG is also touting a Smart Editing Function with the LG Pocket Photo App for customizing the photos prior to printing. some other highlights include a print resolution of 1,224 by 640 pixels, a 40 seconds per copy print speed, built-in lithium-polymer battery good for 20 prints over Bluetooth, and support for Android, Facebook, Twitter, and me2day. 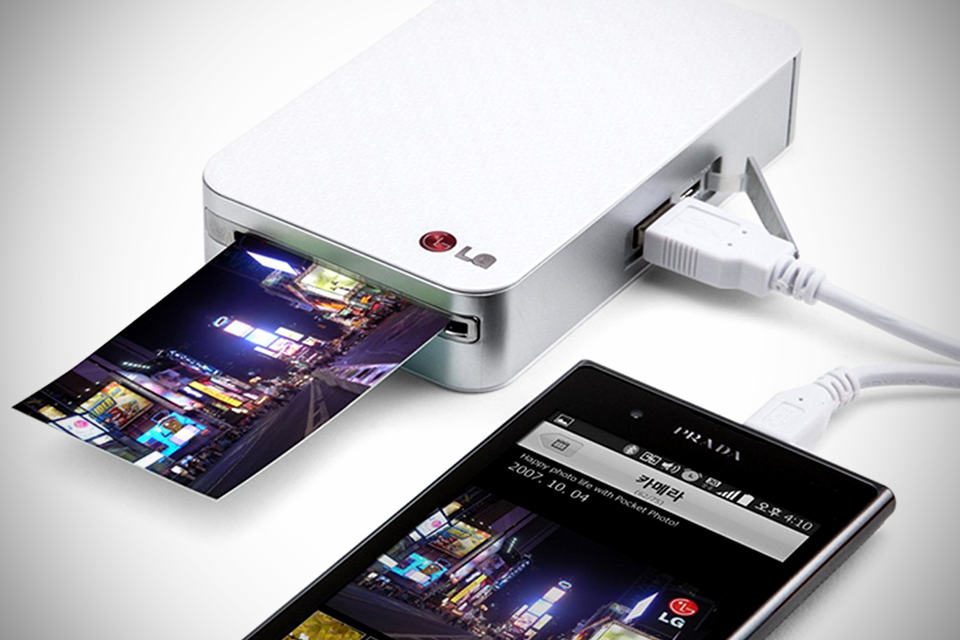