If you are old enough, you may be able to recall that in the early days of CRT TVs, some of them came with integrated cabinet that has functional doors (either swing or sliding type). I am not entirely sure what was the rationale behind this TV-in-cabinet (specifically, those with doors), but my best guesses would be, one, to keep children off the TV (because some models actually had lock on them) and two, perhaps to blend with the rest of the home furnishing. Whatever the reasons were, the days of hiding TV behind cabinet was long over, or is it? As it turns out, LG may have inadvertently recreated a similar concept, but with modern OLED display, of course. 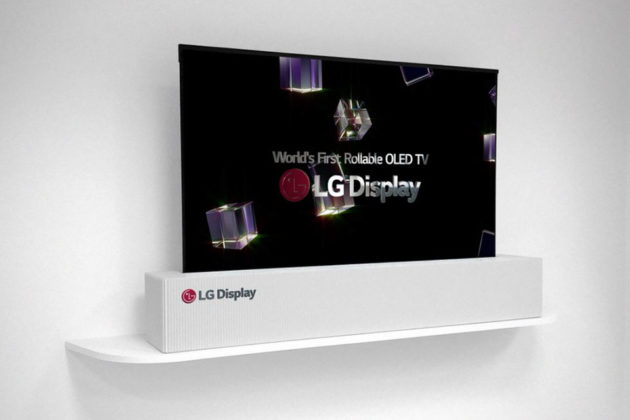 Showcased at this year’s CES by the South Korean electronics giant is this 65-inch OLED TV that rolls up into a base box when it is not in use. What makes this concept gadget an object to be marveled is, it is so freaking thin that it can actually roll up like, you know, a roll of paper, and it managed to do so without sacrificing picture quality which is 4K, btw. Sweet. But is it all but a novelty? Perhaps. But it is not entirely redundant tech, IMHO. It could have some commercial applications, such as posters, adverts and whatnot. But at homes? Well, maybe, maybe not. 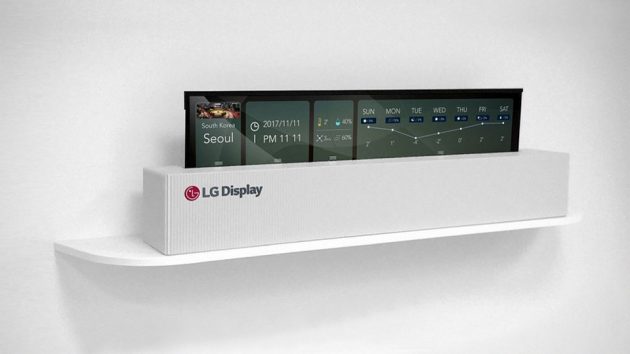 Over the last few decades, consumers have grown to accept a flat piece of blackened out display as part of our home decor, so I doubt anyone would bother hiding it. However, LG did proposed it as a great space saver and also, portability. While I can somewhat agree on the former, portability may be a stretch. How many times in your life will you find yourself in a situation that you needed to carry a big-ass TV with you? Hardly, probably only when you relocate to another place. Other than that, portability for TV is hardly a valid selling point. Perhaps, only if your cabin in the woods does not have a TV? Anyways, it is an intriguing concept nonetheless.

Images and source via Technabob.