When LG G6 unveiled the company’s new flagship, the LG G6, in February, who would have thought that it has a little more tricks up its sleeve down the road, like around now? LG has announced, a couple of weeks ago, that it will be giving the existing G6 devices an update which will bestowed it with new capabilities including a LG-developed facial recognition technology called Face Print for unlocking the device with your face, support for Google’s Awareness API that offers “powerful new context-based features without draining the battery, and a thing called Cover Lens warning that prevents shooters from errantly placing their digits on the lens, spoiling their shots.

How strange it is that humans actually need to be told that their fingers are in the way of the lens. I mean, seriously, anyone should know because, for the love of god, the shooter him/herself is framing the shot, I.e. looking at the display AKA viewfinder, and therefore, whether or not digits are in the way should be clear as the crystal. Oh, wait. Maybe some people don’t? You know, for artistic expression, or something like that? I am not going to lie, Cover Lens warning is possibly the weirdest smartphone feature I have heard. Anyways, if you already own a G6, those features will be available to your device via a software update. However, if you haven’t gotten one, you may be interested to know that LG has introduced two new colors, Optical Marine Blue and Optical Terra Gold, featuring a lenticular film back that will create “a mesmeric optical effect.” Fancy stuff, really. 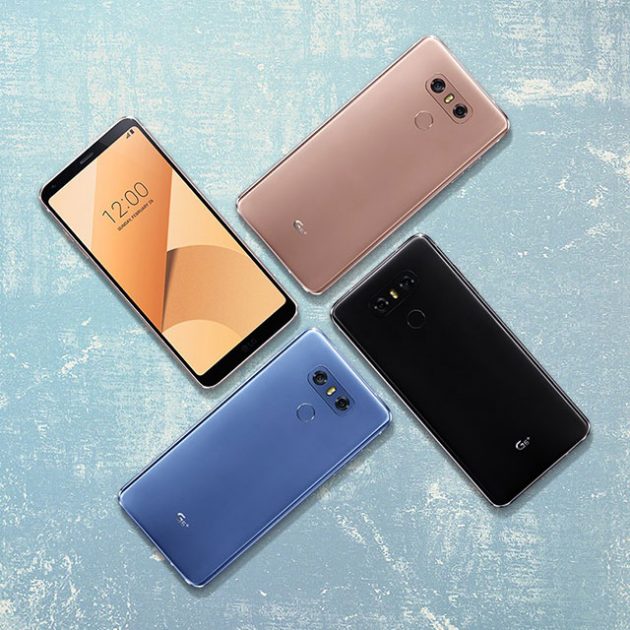 Along with the software update which will deliver the aforementioned features, LG has also announced a new G6, a Plus version it calls LG G6+ (duh!) that touts a larger storage of 128 GB and also, you’d be able to enjoy more of the premium audio output by the onboard 32-bit Hi-Fi Quad DAC through the use of the premium earphones from B&O PLAY which is included in the package. So, yea. Another G6, on top of other LG models floating around. I guess that’s the industry standard now, eh? Something which I don’t fancy, to be honest. I mean, I love LG, Samsung and a few other Android phone makers, but I have a simple, non-complicated life, and hence, the last thing I want is to put myself in a deliberation process of which model to get.

So, LG, thanks and no thanks for adding yet another model. The rate at which Android phone makers are turning out handsets is the very reason why I eventually fall back to iOS. I mean, there are not a lot to choose from and this kind of saves me the dilemma. It always either a large device or a small device. That’s that. And oh, the storage size is easy too; I can only get the one that fits my budget; not my needs. Sad fact. Anywho, enough of my rant for today. As for the update and the availability of the LG G6+, they will be announced locally in each market. When? Beats me.