Here are a series of images of a lioness making off with a wildlife photographer’s DSLR. It was a rare sight and something (probably) not to be repeated again. The camera setup comprises of the said Canon 7D, paired to a Canon 100-400mm telephoto lens, and costs Barbara Jensen Vorster over $2,000, and the lioness just took it like that. Audacious act, no less, but I guess, ferociousness wins. As the story goes, wildlife photography Vorster was shooting at the Mashatu Game Reserve in Botswana when she accidentally dropped the camera on the ground. 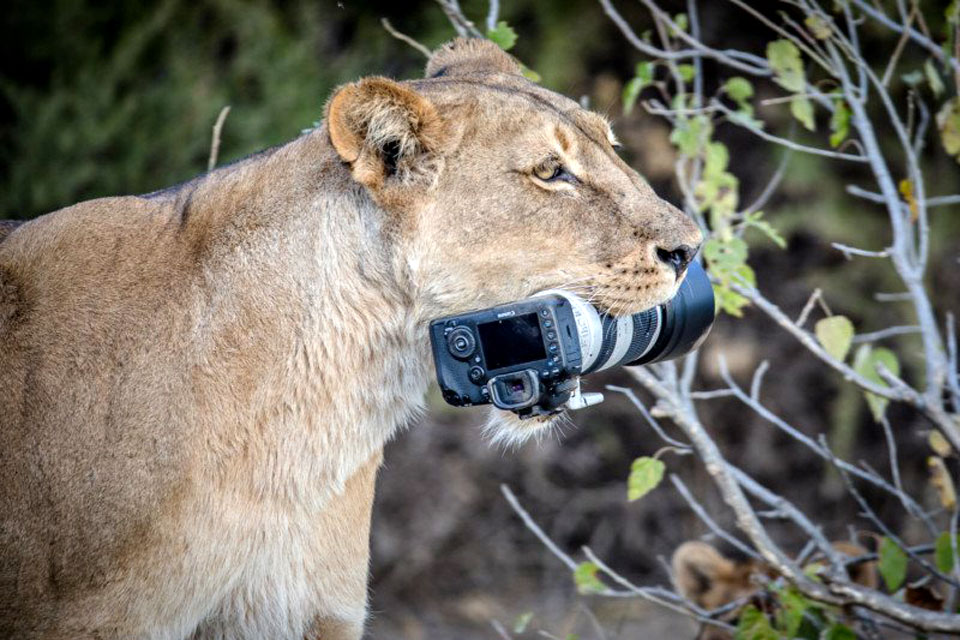 The impact of the camera on the ground alerted the lioness and the irate big cat decided to see what the hell was going with these humans intruding her cubs and her privacy, and making that ding. Naturally, the photography team, including Vorster, retreated to the safety of their 4×4. The lioness, obviously curious about the gadget, picked up the camera and carried it in her mouth by the long telephoto lens for some distance before dropping it onto the ground. Soon after, her cubs were all over it, gnawing and playing with the camera as expected from younglings. 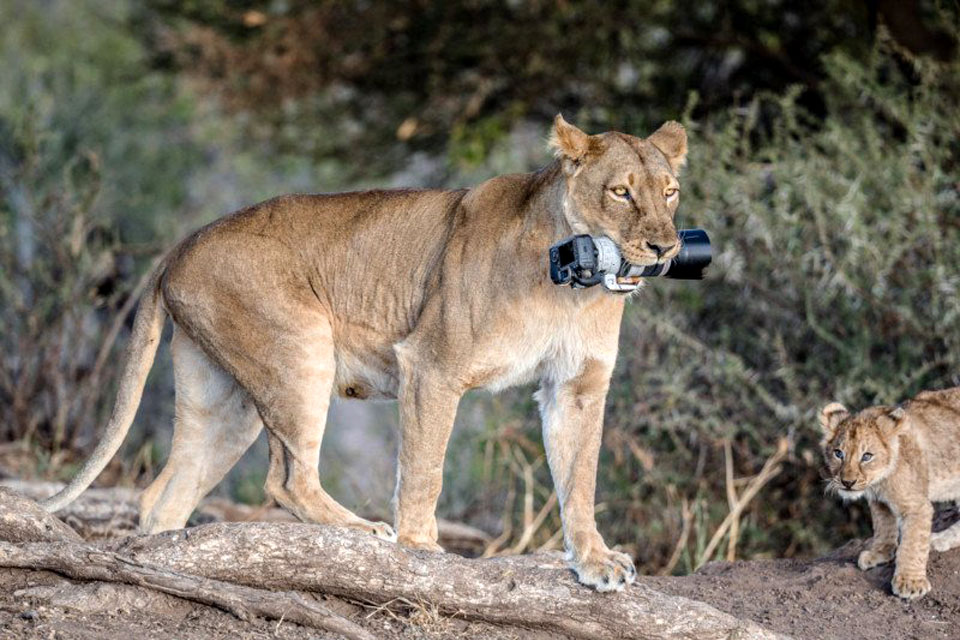 I am very sure the cubs weren’t marveling over this capable DSLR, but anyways… the fad of new gadgets died fairly quickly (probably, they were thinking photography isn’t their cuppa…) and subsequently, Vorster managed to retrieve the rig. The camera was said to be in good shape, with the exception of a few ‘scars’ left from the teeth marks. It is a good thing that the teeth marks are on the camera and not on human fresh. Beside being lucky not to be the subject of the lioness’ “investigation”, Vorster had bagged herself some awesome, rare and priceless images.

There’s a video of it too, which you can check it out below. 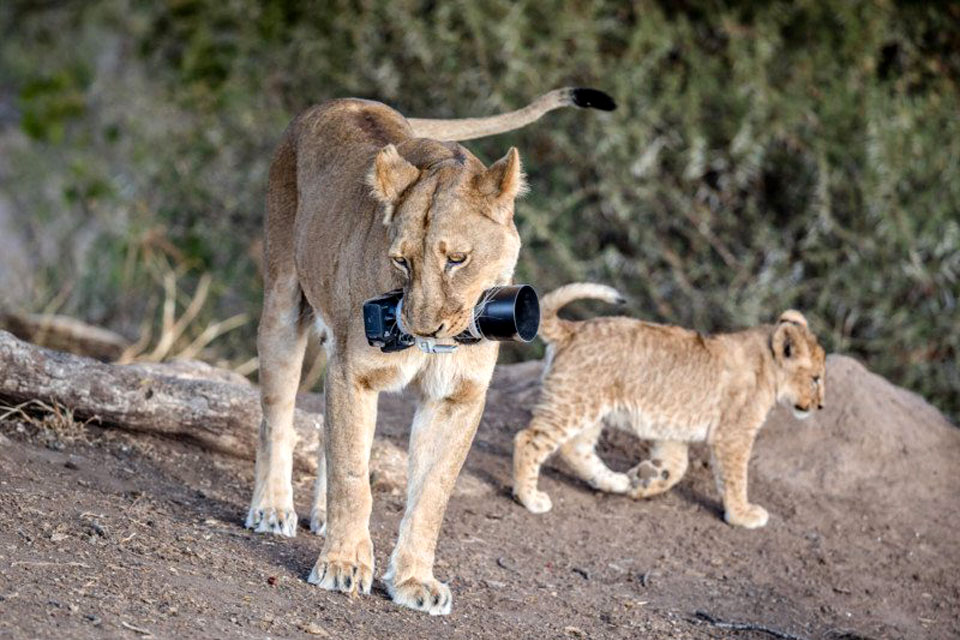 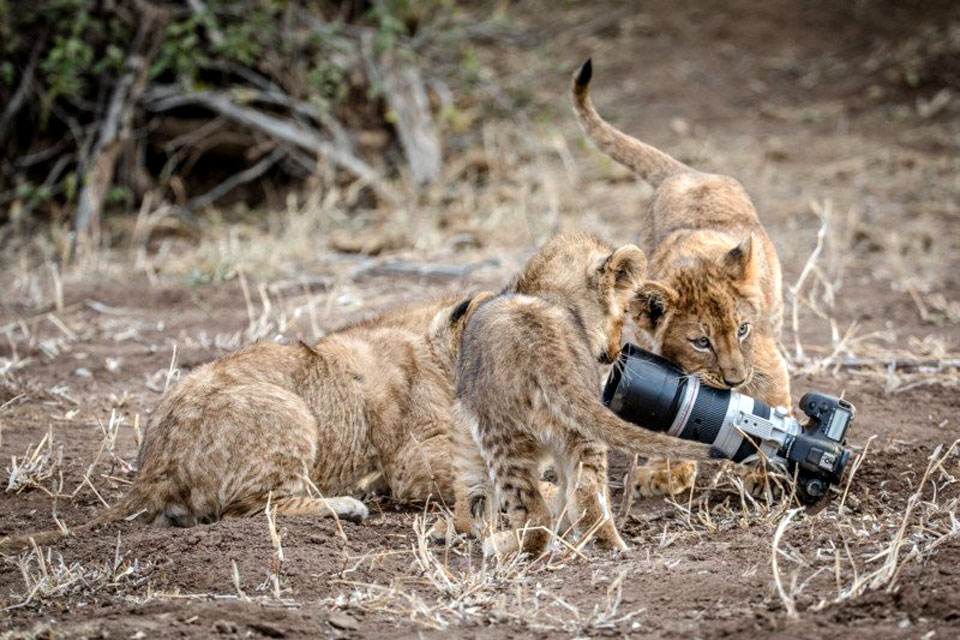