we know it is a matter of time before Nintendo starts stepping up its game to play catch up with the other two big players, but we didn’t expect it to start with the console maker’s most iconic franchise, Mario Kart, and it is not doing it alone; the Japanese game console maker has collaborated with luxury car maker, Mercedes-Benz, to feature the automaker’s three iconic vehicles in the Mario Kart 8 game. uh-huh. you heard it right: Mercedes-Benz’s automobiles in an essentially go-kart racing game. for the first time in the history of the game series, real world cars are made available for races and naturally, those cars will be the kart version of the real world rides. 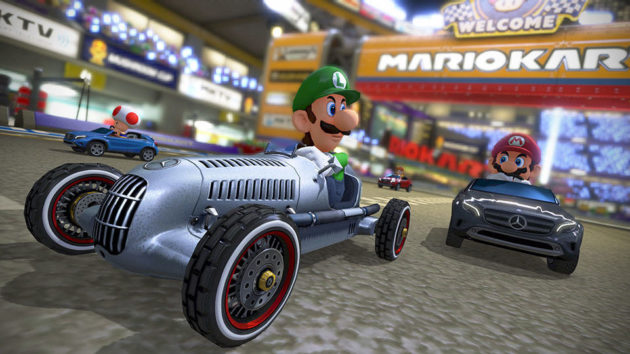 cars featured include the legendary Silver Arrow of the 1930s, the 300 SL Roadster from the 1950s and the current GLA. a refreshing change, no doubt and looks kind of cute too (you have to admit, Mercedes cars never look this cute before), but not necessary one that will appeal to hardcore Mario Kart fans who might think the good’ol kart is still the Mario thing. but hey, why so serious? Mario Kart is all about fun and a wee deviation could be fun too. the Mercedes-Benz kart cars will be available as free-to-download for all Mario Kart 8 players, starting from August 27, 2014.

along with the kart-fied Mercedes cars, an exclusive online tournament known as, you guessed it, “Mercedes Cup” will be available worldwide at the same time. anyone with the game and a connected Wii U console can compete in the “Mercedes Cup” using the Mercedes karts. there is a caveat though. this exclusive race will not last forever; it will end on September 23, 2014. so, are you ready for some screeching stars and flying Mercedes? keep going for the game trailer. 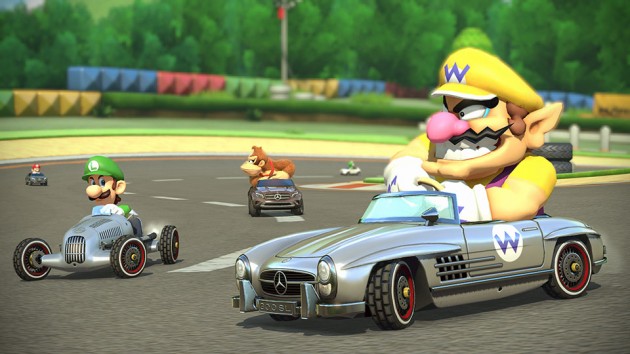 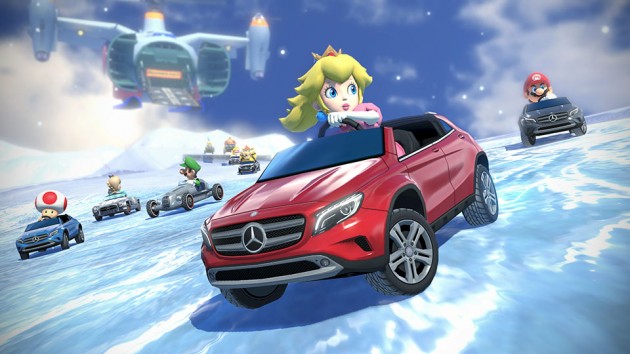