If the adult-centric LEGO Forma is the Princess Bride, then this LEGO Ideas submission by Mitsuru Nikaido called LEGO Mecha “Coelacanth” would be Edward Scissorhands. Hell, I would even say it is the Pan Labyrinth of LEGO fishes. Come to think of it, it is probably the fish they had in Cybertron – if they had any at all. Damn. This creation is as creepy as it is awesome. 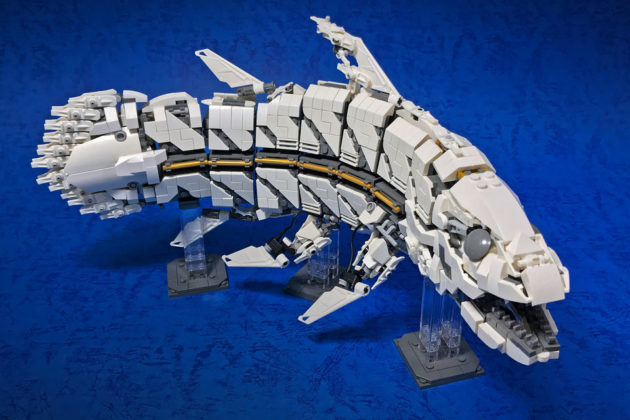 Its creator, Mitsuru Nikaido, imagine this ‘fish’ to exist in distant future where “the environment of the earth was harsh” and “highly developed AI has created a Mecha adapted to its natural environment.” Coelacanth, if you don’t already know, is a now-rare order of fish. So, yeah, it is modeled after a real creature. The organic version, btw, is not as pleasant looking either, but somehow, this mecha version managed to make organic species look like your friendly neighborhood fish. 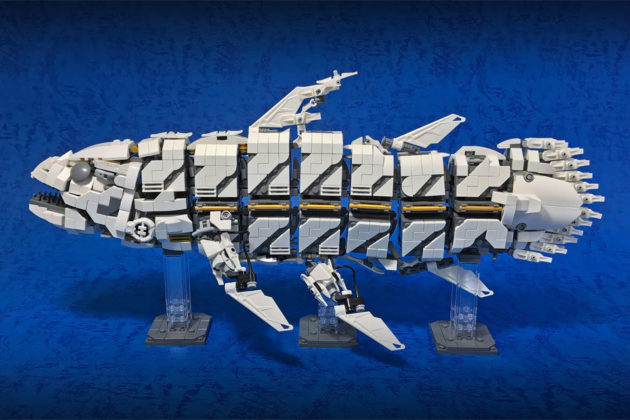 Notwithstanding the menacing appearance, I am somehow drawn to it. Perhaps it is the ‘cataract’ eyes that beckons me to it, or maybe it is the spaceship vibe. Not a lot of details are available at this point. All we know is, it has movable mouth, fin and an articulated body, and obviously, it has stands, so it could be display in all its glory, or creepiness. 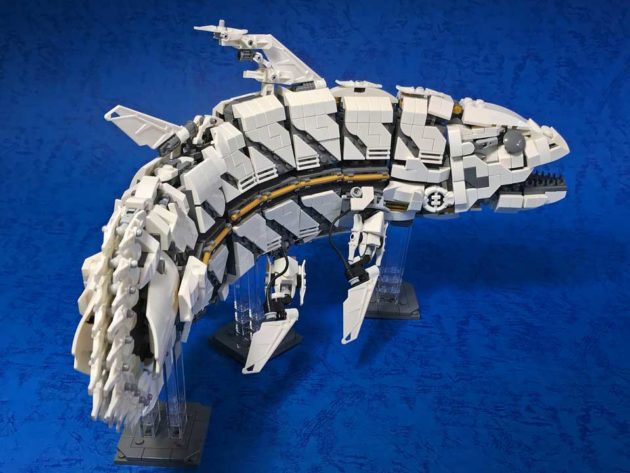 LEGO Mecha Coelacanth by Mitsuru Nikaido is currently on LEGO Ideas seeking the community’s support. At the time of this writing, it has 240 votes and it has 400 plus days to hit 1,000 supporters so the duration could be extended for more people to come forward to vote. If it ever hit 10,000 support, it will have a shot at becoming an official LEGO set.

NOW READ  If You Were To Buy Just One LEGO Harry Potter Set, This Would Be It 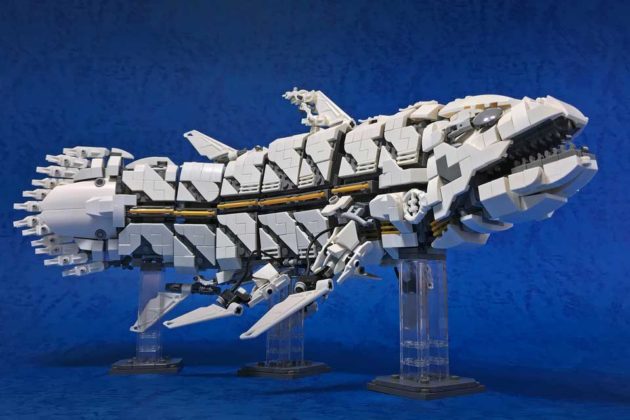 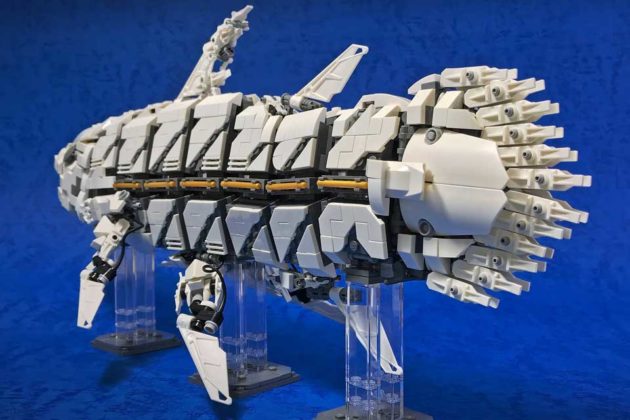