While some Marvel fans expressed their love for comic characters by collecting action figures, one man from Canada, Rick Scolamiero, has other idea of how to express his love for Marvel comic characters: by tattooing 31 figures from his favorite comic book universe on his body. The figures he had on his body include made-famous-by-movie favorite include Hulk, Mystique, Star-Lord and not-movie-famous characters like Black Cat, Galactus and Fin Fang From. 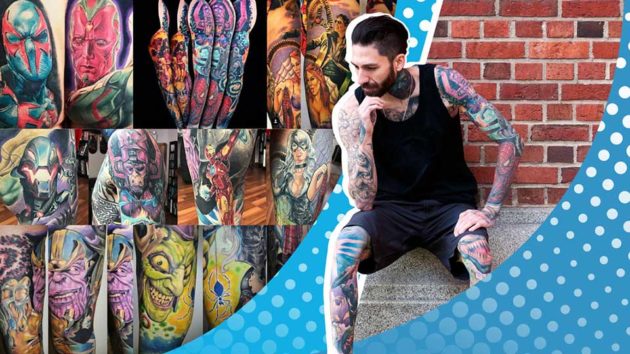 For his bodily artworks he had on his all over his body, the 36-year-old was recently awarded with the Guinness World Records for Most Marvel comic book characters tattooed on the body. Yep. That’s a real record right there. Rick’s original idea was merely getting a sleeve of his favorite Marvel heroes and villains, which he started with a Spider-Man, but Rick got hooked after seeing the first artwork and the rest was, as they say, history.

“I fell in love with the artist’s work and wanted to continue to see what else we could come up with regarding tattoos. I have been a Marvel comic lover since I was small and growing up we didn’t have much but I always had my Marvel comics and Marvel trading cards. They actually got me through some tough times so the idea of having them on my body forever just really appealed to me.” 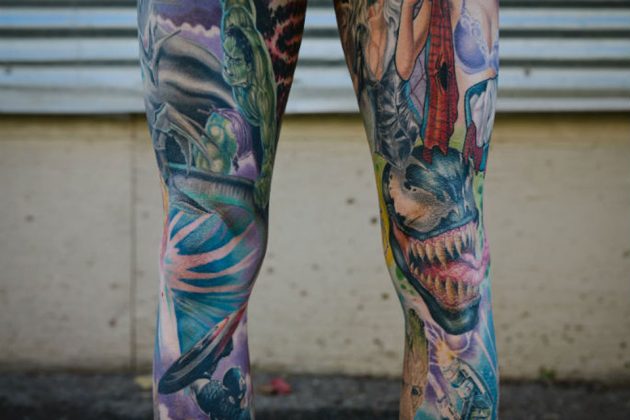 Now, that’s a true fan there. Imagine the pain he had to endure to get himself inked with those characters, which, btw, does not count several other non-Marvel artworks. All told, around 350 hours of tattooing was done which was a cumulation of once a month session for the past seven years. Anywho, how could one call himself a super fan without the comic book legend Stan Lee’s signing off? Well, as it turns out, he also had that.

Rick was fortunate enough to meet with the iconic Marvel comic artist who signed his wrist which Rick wasted no time in turning the autograph into a tattoo. The only thing Rick now lacks is the Marvel branding. He is basically a walking advertisement for Marvel, especially when he hit the pool or beach. But Rick has no plan to add more Marvel comic stuff. Check out the official Guinness World Records video below. 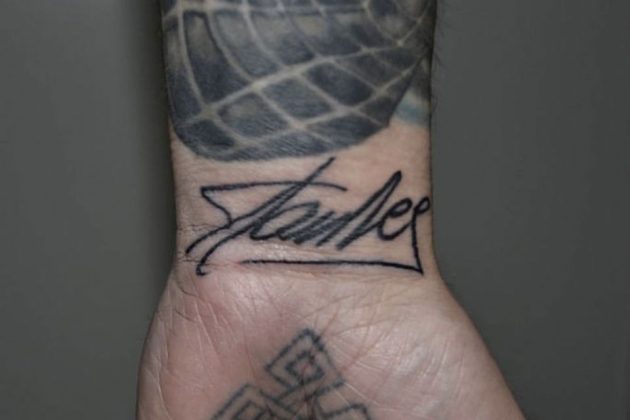 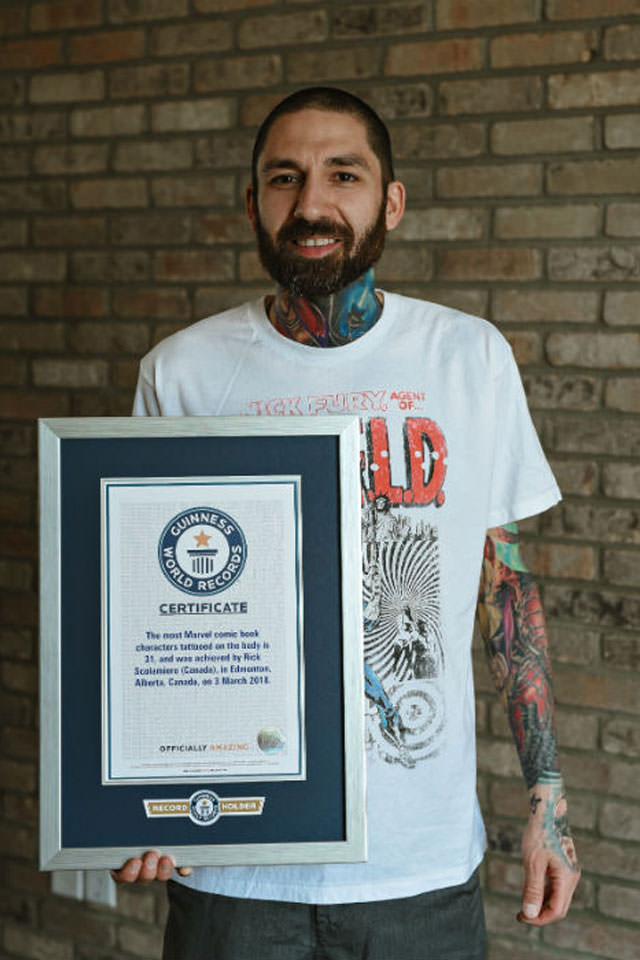