real-life warfare has progressed to drone-infested mayhem, so why should NERF be any different. of course not. even child’s play needs progression and the NERF Combat Creature RC Robot is that progression we are talking about. come this Fall (still quite a while, though), kids (and us!) can slug it out in foam darts warfare with the remote control six-legged Attacknid drone that has a rotating and tilting turret capable of launching up to 12 NERF ELITE darts in a row, up to a distance of 45 feet (13 meters). admittedly, that distance can hardly qualify as ‘drone-spec’ remote attack but we it would be fun to unleash them against the same kind on an all out legged-drone war.

the legs provide the creature, i mean the toy, with unprecedented mobility, such as over long-hair carpets, over stack of magazines, which are probably not possible for wheeled or even tracked vehicles. a wireless remote is used to rein control over this land-based attack drone, allowing you to maneuver the Attacknid, turn and tilt the turret and let loose the darts as you see fits. unfortunately, it doesn’t have a cam under its equipment list to be truly called a drone, which means line of sight is essential in carrying out your ‘mission’, but still it is a progression as far as projectile-firing toys are concerned. the NERF Combat Creature RC Robot will be available this Fall for $79.99 a pop. 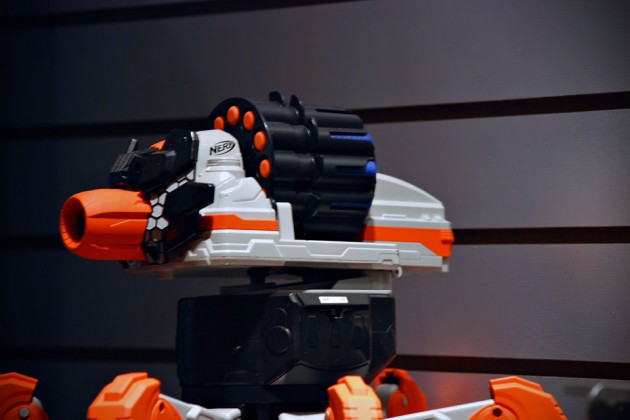 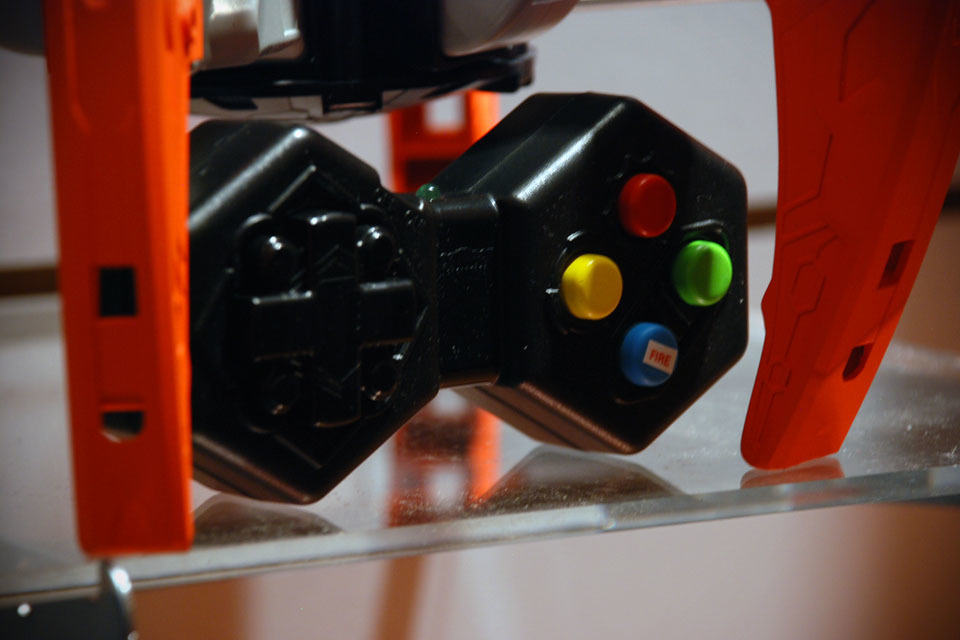