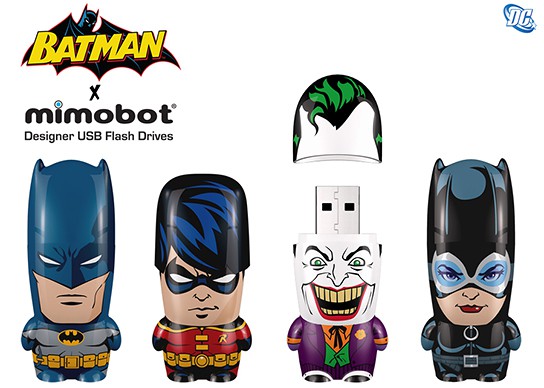 these gorgeous USB Flash Drives are available in 2 GB to 16 GB memory capacities and each USB Flash Drive comes preloaded with MimoDesk character-specific digital contents that includes, desktop wallpapers, icons, avatars, and screensavers. fans would love to know that the latest Batman X MIMOBOT USB Flash Drive differs from the earlier announced Vintage Batman which sports the classic black and gray from the 1939-era.

the MIMOCO DC Comics Characters USB Flash Drive price starts from $19.95 a pop for the 2 GB version and is available on MIMOCO web store now.