Between soundbar and complex and cumbersome multi speaker setup, there is, well, nothing. It is a problem surround sound aficionados are facing. One can either go with a soundbar and be at the mercy of bouncing sound, or deal with irksome wires. Even today’s wireless speakers can’t avoid having cables, which is kind of ironical but that’s just nature’s doing: they need power to run even if audio is wireless. But game changes when ONEAudio ONEmicro Wireless Surround System came along. Touted as the world’s only true wireless surround, ONEmicro is a 5.1 kit comprises of a bunch of tiny satellite speakers that requires no cable, no power cord, a ONEbox mini media server (also called ‘console’) and a twin-driver subwoofer, ONEwoofer. 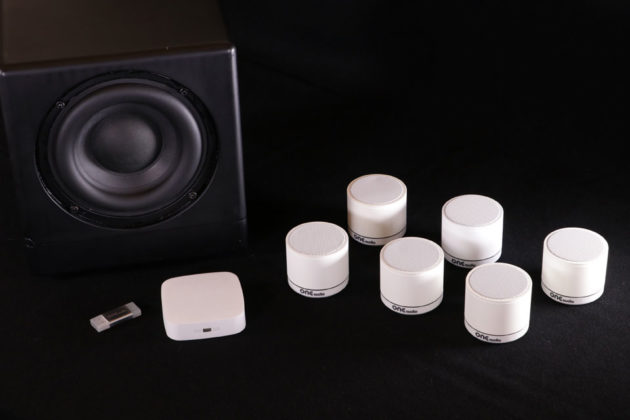 Together, they make a formidable sound system that rivals those from SONOS and even B&W. ONEAudio promised that the speakers, while diminutive in size, are capable of delivering bass like a mid-size bookshelf speaker when paired with ONEwoofer. The sound is, of course, HiFi-grade. As for wireless audio transmission, ONEmicro leverages the same DECT technology found on the company’s transparent ONEclassic bookshelf speakers which also means ONEmicro is pretty much an audiophile-grade rig and if anything, the videos posted on the product’s Kickstarter page should be good enough testimonies to its audio prowess. 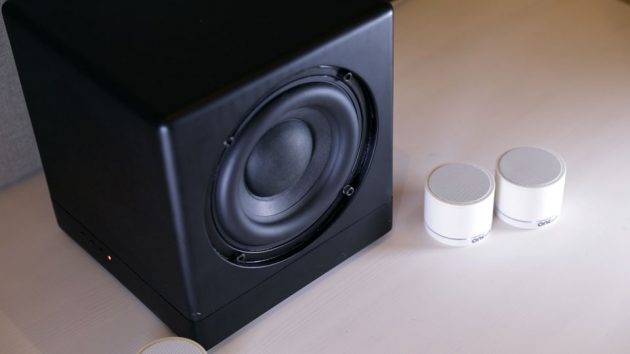 As briefly mentioned earlier, ONEmicro comes with mini media server that is capable of a few things, including playing back HiRes audio, do duties as a NAS, stores up to 3,500 MP3 songs, or 800 songs in uncompressed CD quality WAV format, and there’s also a USB port that supports up to 256GB, so you can plug-in your music-loaded USB flash drive.

Once again, ONEAudio has taken to Kickstarter to sell its latest product and for 4,672 HKD or more (about US$602), you can secure yourself a set slated for May 2017 delivery. And oh, there’s no worrying about funding goal, because ONEmicro is well over its set funding goal. If you are into big audio without being harassed by cables, then this might be it. 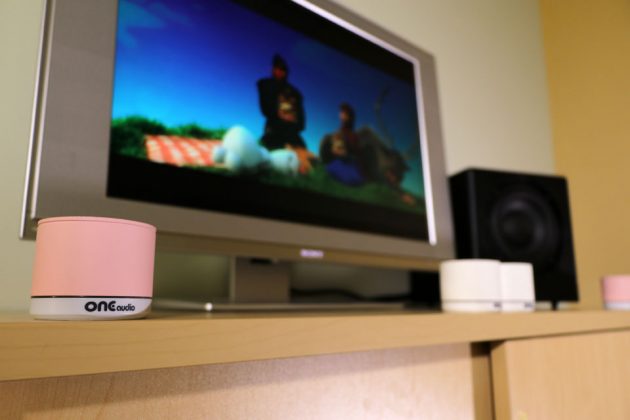 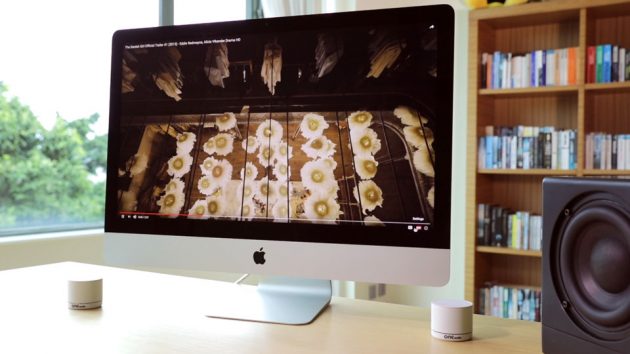