For everyone who thinks that round, flat pancake is totally uninspiring, PancakeBot may just be right up your alley. Remember how your mum told you not to play with food when you were a kid? Well, in the case of the world’s first pancake printer, it beckons you to play with it, quite literally. Like the product name suggests, PancakeBot is a pancake printing contraption that can prints out pancake in all sort of shapes and sizes, as determined by you. And it achieve that by using the companion software to trace either your scanned doodles or any images, including cartoon characters, company or sports team logo and such. The software then translates your creation and sends it to PancakeBot to whip up, or in this case, squeeze out, the pancake of your dream. 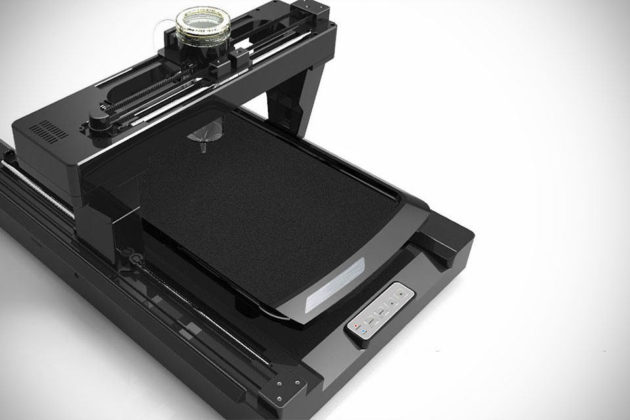 The designs can be saved on an SD card so you can reuse the same design anytime. At a glance, it looks like a 3-printer, but instead of printing head and cartridge, it has patent pending batter dispensing system that squeezes out batter onto the included griddle. “By using a combination of compressed air and a vacuum, the PancakeBot controls where the batter is dispensed” explains its creator, Miguel Valenzuela. Onboard controls are also available to you, the pancake artist, to fine tune the dispensing of the batter as it works over the griddle. Adding color is also possible, by introducing food colouring to the batter.

Other highlights of the the ability to print without griddle or when the griddle is turned off, pause/resume functionality, easy to clean, removable griddle, BPA free construction, collapsible design for convenient storage, and compatibility with both Mac and Windows machines. PancakeBot Pancake Printer is on the final leg on Kickstarter where, in the next 30 hours or so, you can still secure one for just $179, destined for July delivery. It looks like Pancake printer is one of those things our mundane breakfast misses as attest by the overwhelming support of the campaign which pulls in nearly 2,000 backers with over $400,000 in funding.