If you haven’t already heard, there is going to be a Pokémon live action movie, entitled Pokémon Detective Pikachu. That’s right, a live action Pokémon flick. And you will probably be surprised who is voicing the lead creature hero, Pikachu. Yes, this yellow, cuddly creature talks… in English in the movie. And it can blurt out more than just its own name, btw. It can make coherent conversation with the only person who can hear him and that would be the film’s protagonist Tim Goodman.

Tim is played by Justice Smith who is best known for his role in Jurassic World: Fallen Kingdom as Franklin, the former IT tech for Jurassic World who has a Scooby-Doo-ish character, i.e. he is scare of everything. Anyways, as we were saying, Pikachu has a voice and that voice is that of Ryan Reynolds, whose career was pretty much saved by Deadpool. I know. It is hard to imagine a grown-ass man playing Pikachu, but here it is, Ryan Reynolds is Pikachu. Here’s the plot, if you are up for it:

“The story begins when ace private eye Harry Goodman goes mysteriously missing, prompting his 21-year-old son Tim to find out what happened. Aiding in the investigation is Harry’s former Pokémon partner, Detective Pikachu: a hilariously wise-cracking, adorable super-sleuth who is a puzzlement even to himself. Finding that they are uniquely equipped to communicate with one another, Tim and Pikachu join forces on a thrilling adventure to unravel the tangled mystery. Chasing clues together through the neon-lit streets of Ryme City—a sprawling, modern metropolis where humans and Pokémon live side by side in a hyper-realistic live-action world—they encounter a diverse cast of Pokémon characters and uncover a shocking plot that could destroy this peaceful co-existence and threaten the whole Pokémon universe.”

Apart from Pikachu, expect some of fan favorites Pokémon monsters to make an appearance. If you need a hint on which are the creatures that will be appearing, you can sniff it out on Pokémon Detective Pikachu official website. Warner Bros. pushed out the official movie trailer earlier this week and what can I say? It feels freaking damn weird to see Pikachu talking. Perhaps even more weirder is to hear cute version of Ryan Reynolds’ voice acting. Damn. I just can’t shake the image of Pikachu in Deadpool outfit. Geez. Anyways, keep going to catch the official trailer. 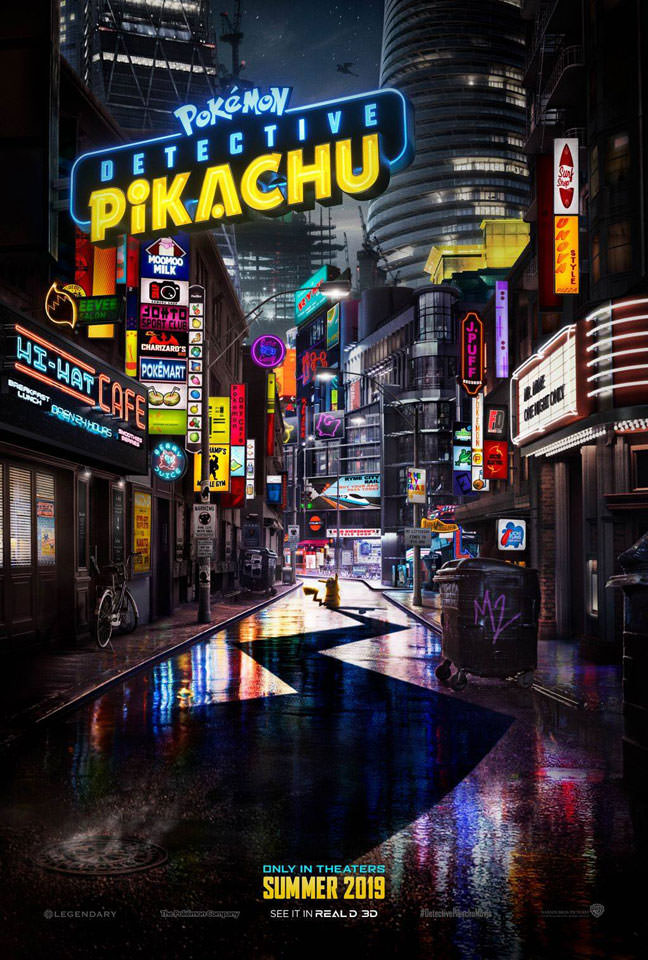