when you are camping, don’t you ever wished there is a tent that will sort of ‘merge’ with your SUV? while the market is not lacking of solutions for such ‘lavish’ setup, there isn’t one that is truly endorsed by the automobile maker… until now. at this year’s Wörthersee, Audi have a lot to show off and among them is an outdoor variant of the Audi Q3 with Audi Original Accessories including an outdoor-loving Q3 owner’s dream tent, developed by German tent maker, HEIMPLANET. based on HEIMPLANET innovative technology, the Q3 Camping Tent, as it is called, allows campers to setup the tent in roughly seven minutes simply by inflating it up. further information weren’t readily available, but by the look of it, the Q3 Camping Tent appears to be a bigger, chopped up version of The Cave (but smaller than the Mavericks), though we can’t be sure. 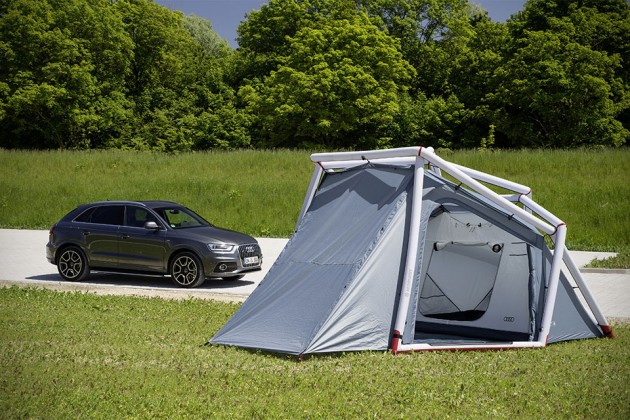 anyhow, this tent is noted to have a wind load rating of up to 70 km/h (or about 112 mph) which should be more than ample to stand up to harsh weather conditions. deploying the tent is like a God sent for campers; just roll it out, inflate it and boom, a free-standing tent is ready for your night’s rest. however, that’s not quite the highlight of this tent; the tent is tailored to be connected to the opened tailgate of the Q3, thereby expanding the tent’s usable real estate. in fact, we thought it look a lot like a mini field research facility (think archaeology) or a makeshift mobile home. on one end you have the living quarter and on the other, you have the Q3 providing either additional resting or storage space, and the middle section is generously-sized chill out space. there is also a kayak rack, but who hasn’t seen a kayak strapped to the car’s roof before? unfortunately, the Q3 Camping Tent is refer to as a ‘concept’ which means pricing and availability are still a mystery. 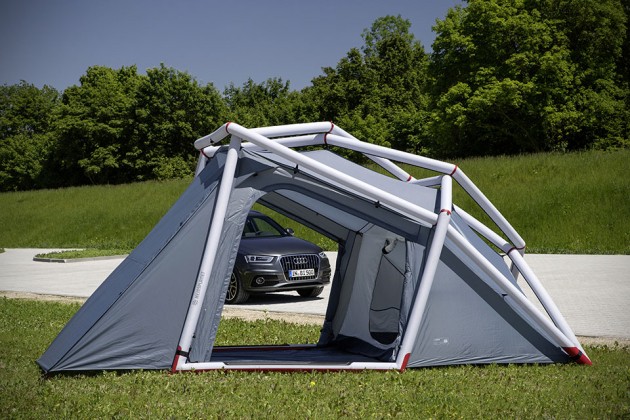 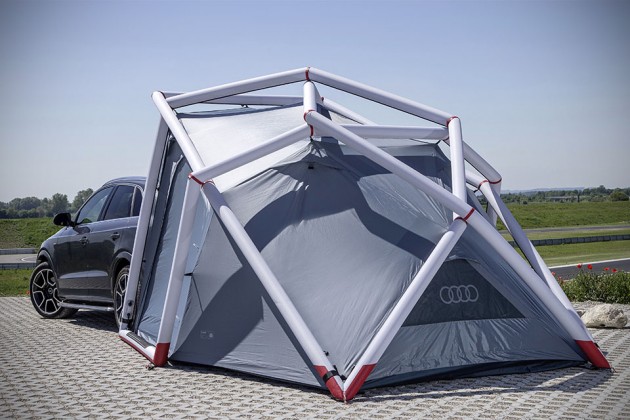 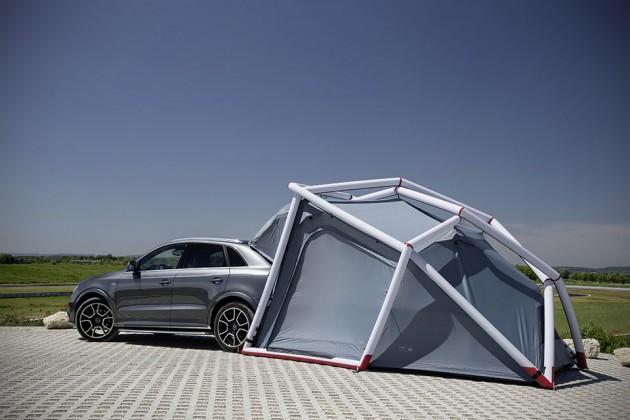 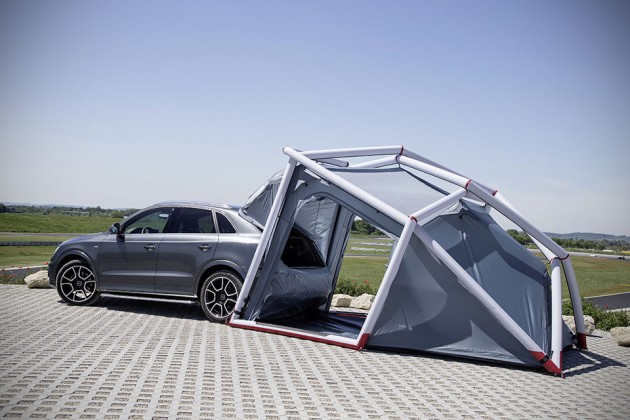