we are not entirely sure if recreating the chilling Alien egg chamber scene from the sci-fi horror movie Aliens is exactly kids-friendly or even recommended, but for a grown man who grew up being shocked by Jaws and Aliens, it is definitely a collectible – regardless how much we were traumatized by Ridley Scott’s acid-drooling, jaw-shooting alien creatures. to be honest, if i were to acquire this, it will go straight into the display corner as trophy of sort. there is no way i am going to recreate the face-hugging scenario even though they are just action figures. it is just plain cruel. how can a man give birth to, well, ‘things’ (not that the ReAction Alien Egg Chamber Playset can do that). in any case, action figures will be sold separately and it is best to keep it that way. 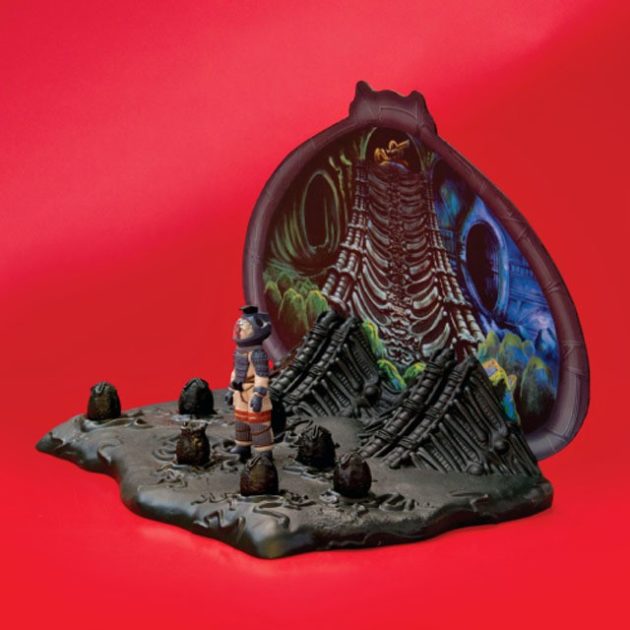 as with ReAction’s previous efforts, the Alien Egg Chamber Playset will come in an uber retro-ish packaging, appropriately decorated with a main photo image of two kids playing out the horror which can be clearly seen from their faces. not exactly kids-friendly as we have said. anyway, the playset features a classically styled action base made from durable hand-cast resin and corrugated cardboard and has a full-color alien Egg silo backdrop which can be slid into the base for display. the Alien Egg Chamber Playset is a collaborative effort by Super7 and Funko, and is pegged as a San Diego Comic-Con exclusive, limited to 250 sets at 100 bucks a pop. 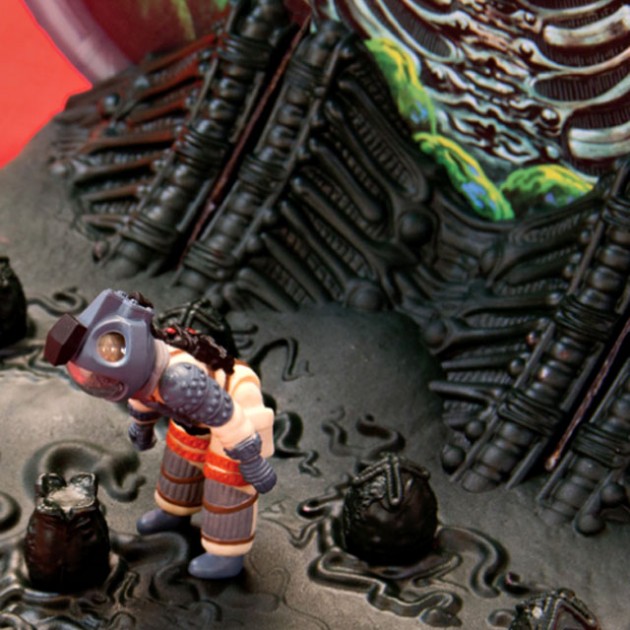