If you think live video stream is limited to what our eyes can see (AKA field of view), well, think again. Ricoh, the ancient imaging equipment maker who managed to adapt and survive in this brutal digital world, has a camera with the technology that is totally capable of delivering up to 24 hours of fully spherical, 360-degree live video streams. To be honest, I see no reasons to be able to live stream in 360, except perhaps for events which is probably what it was intended for anyways. Ricoh has announced that the company is taking pre-orders for the Ricoh R Development Kit that enables this what-could-be-the-new-age streaming format of choice. 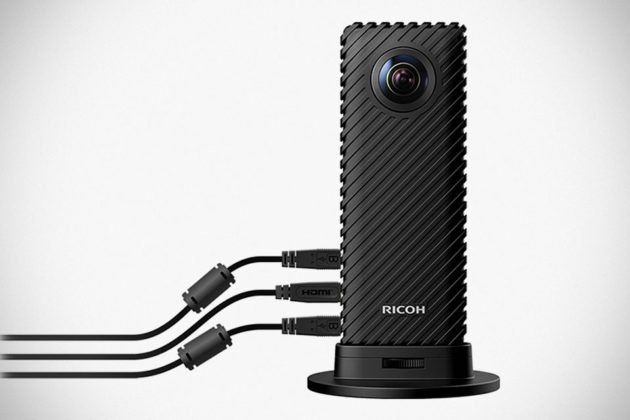 With Ricoh’s proprietary spherical imaging technology, the R Development Kit not only afford live stream of fully spherical, 360-degree images, but pulling it off with an eye-watering 2K resolution at a healthy 30 frames per second. If you don’t already know, Ricoh R technology is the secret sauce that enables this spherical magic to happen, stitching the video in real-time to the Enquiretangular Projection Format – the standard format for fully spherical images, all within the lightweight and thin hardware. The resulting image is pushed out through either HDMI or USB, and with AC power, you’d be doing live streaming for up to 24 hours.