The images you see is not the recently announced droptop from Rolls-Royce, though we hope very much that it will bear at least a tint of that sexy throwback design. The example you see here is the Silver Dawn, introduced in 1949 and used on 28 drophead bodies in the 50s. Loyal Rolls-Royce may also noted the departure from the usual supernatural naming, but the press release clearly reasoned that it is car “with a name that suggests the fresh opportunities that every new day holds – an awakening, an opening up of one’s senses and a burst of sunshine.” Well, in that case, we will take as the reason for a drophead as oppose to say, a coupe. While supernatural names sound cool, they are mostly reference to death and no automakers wish for that.

Again, the car you see here is not the ‘Dawn’ and at this point, it is anybody’s guess how it will look like – unless you were one of the fortunate person who was at the annual dealer convention in Los Angeles where it was announced. As for the rest of us, we will have to wait till the first quarter of 2016 to see it. That being said, details surrounding the Dawn is virtually non-existence. Yeah, we know. It is an excruciating painful thing for any serious Rolls-Royce fans, but that is how it is for now. But rest assure you will be waiting for the next big thing from the British luxury marque. After all, over the decade or so, Rolls have only been concentrating their efforts on three names: Phantom, Ghost, and Wraith. So yeah. It will be a big deal and most importantly, its addition will serve as a justification for the continuing investment of the BMW Group. It’s a corporate responsibility to ensure growth and how else will you grow without a new badge or two? 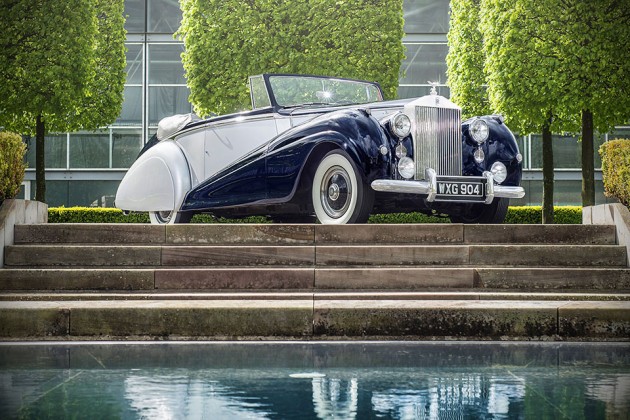