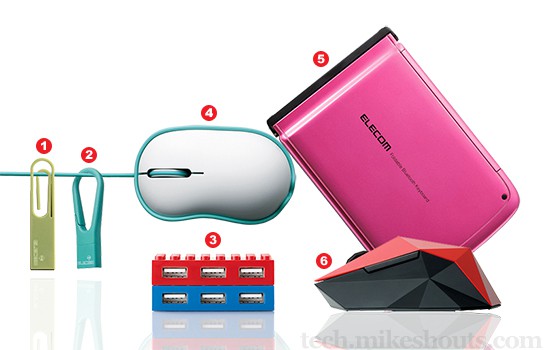 Elecom, a Japanese firm that specializes in computer peripherals, has announced a series of rather quirky peripherals over the last one month or so. these products ranges from novelty-style USB flash drives to Lego-inspired USB hub, to a rather uncomfortable-to-use looking mouse. well, let’s cut to the chase and check out these seven gadgets after the break.
[ad#Google Adsense-text-468×60] 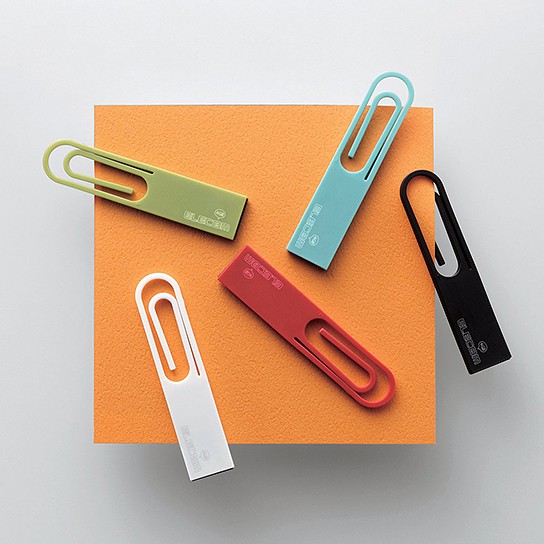 well, what can i say? the Data Clip USB Flash Drive is a USB flash drive styled in an oversized but functional paper clip. just another way to bridge the gap between hard copies of document with its digital counterpart, not mention that it keep those loose sheets nice and tidy. like the cute Nendo mouse announced earlier, it is the work of art of Japanese studio Nendo and it is slated to be available come August in Japan, though no price has been announced. 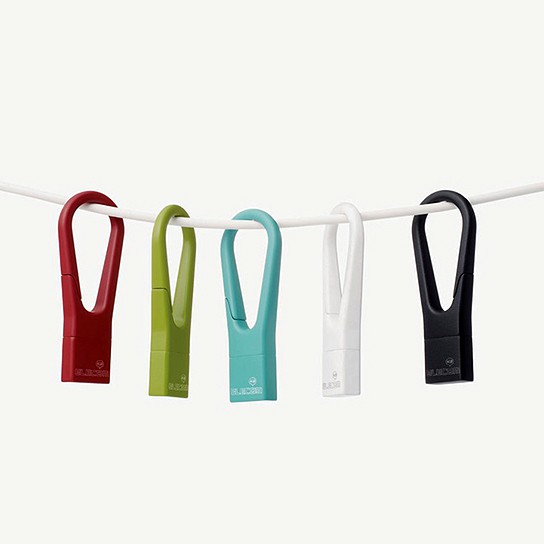 dubbed as the Elecom Data Hook USB Flash Drive, these USB flash drives are styled like a carabiner, except these are of plastic material which (obviously) will not take your weight when scaling up the cliff but they certainly comes in handy when you need to put your keys and USB flash drive together. available in 4-GB storage capacity and in five different colors, the Elecom Data Hook USB Flash Drive retails for ¥2,100 a pop but those not residing in Japan can grab it for $43.40 via your favorite Japanese products specialist, Geek Stuff 4 U. check out the official product page here [JP]. 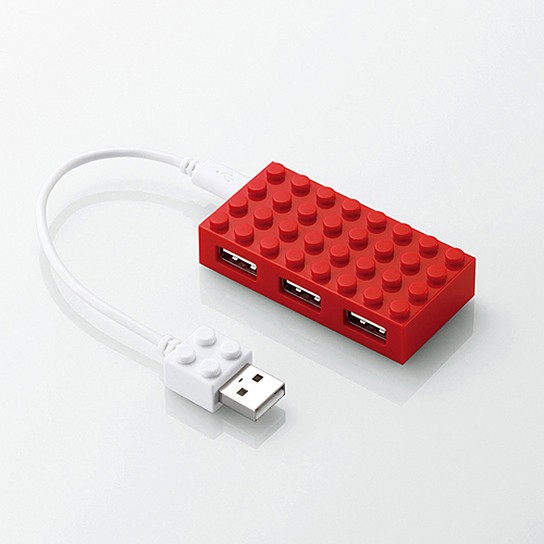 despite being widely circulated over the Internet recently, the Elecom ToyBrick USB Hub isn’t the newest stuff in town. in fact, i already got myself one last August when i was at Akihabara. still, it is probably a must-have for any geeky Lego fans. obviously, these hubs are not official products from our favorite Danish toy company but in anyway, one look you know it is Lego even without me telling you that – unless you are from Mars. though there are no actual bricks of this size in LEGO, they still looks pretty realistic. the hub has four ports, three upfront and one at the back, and it is non-powered (and no option for powered, either), so power-hungry USB devices might not function probably with it. oh, did i mention that it is totally stackable with another of its kind? i have not tried it with any legitimate Lego bricks, though. if you haven’t got a chance to visit Akihabara in Japan, you can grab yours from AudioCubes for $35.99. more information at ToyBrick USB Hub’s official product page here [JP]. 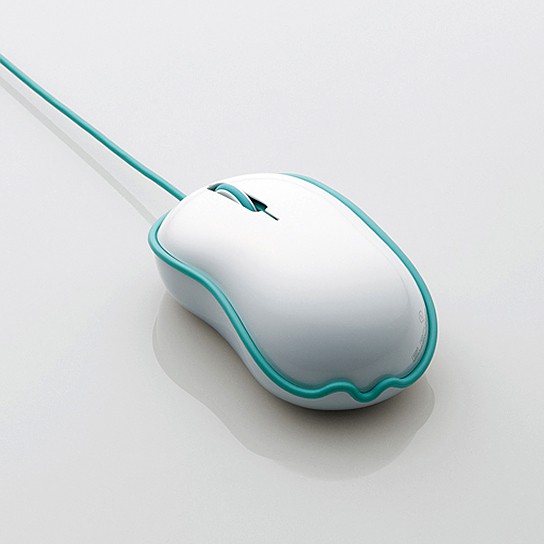 if you are still the wired mouse person, the market has little to offer in terms of chic-ness, cute or as Japanese would put it, the “kawaii” factor mouse. that is, until Nendo designed these mice for Elecom – the Rinkak Wired Mice. nothing spectacular, it is after all a mouse, but it is a cute one. the Rinkak bears a contrasting color cable, accompanied by a matching color decorative ‘cable’ that runs around the mouse itself. apart from aesthetic, the rinkak is basically a standard three-button mouse that features 1,000 dpi resolution and is touted to be dust and dirt resistant. which i am not particurlary impressed, cos’ as far as optical mice are concerned, they are all dust and dirt resistant, unlike the traditional ball mice. this cute little wired mouse can be yours for $48.36. kinda of pricey for something with a tail, doesn’t it? 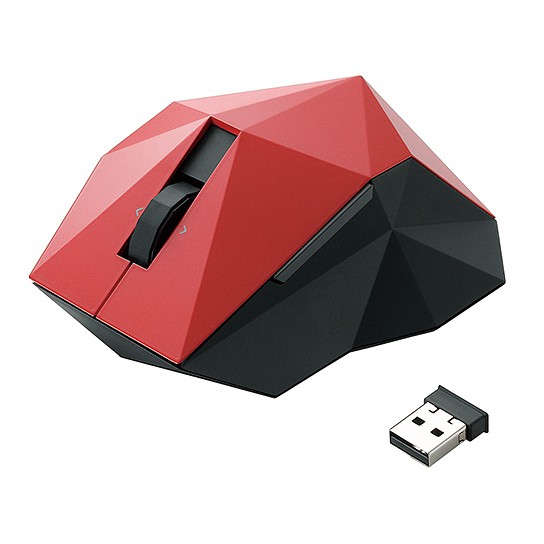 despite being referred to be inspired by folded piece of paper, i thought the Elecom ORIME Wireless Mouse resembles more like a fatten F-117A Nighthawk Stealth Combat Aircraft. in anyway, it doesn’t look like a comfortable mouse to hold for extended hours but then again, i won’t argue that it is quite a looker for a mouse. design in collaboration with Japanese studio Nendo, the ORIME is a five button mouse that rides on the 2.4 GHz wireless band and features an extremely tiny receiver. the Elecom ORIME Wireless Mouse is available for $84.32 (pre-order) a pop through Geek Stuff 4 U web store. you will have a choice of black, red, silver or white. it will be cool if the black is matte, cos that’s gonna make look even more like the stealth bomber/fighter. i am just saying. 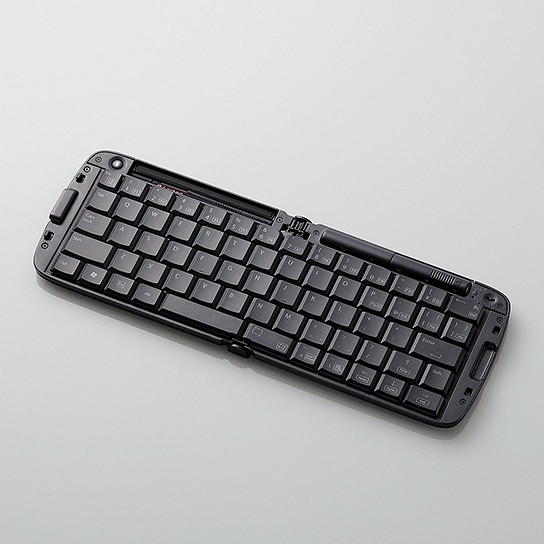 latest to join Elecom list of keyboards is the Elecom Foldable Bluetooth Keyboard. available to suit both iOS (TK-FBP019E series) and Android devices (TK-FBP018 series), these keyboards prove that keyboard can still look cool when folded up. don’t believe? just check out the images on the official product page and judge for yourself. these keyboards connects using Bluetooth and runs off AAA batteries. the TK-FBP018 series supports Serial Port Profile (SPP) Android devices and Human Interface Device (HID) profile-enabled devices such the Playstation 3. on the other hand, the TK-FBP019E series supports broad range of iOS devices that runs on iOS 4.0, and as well as Mac machines running Mac OS 10.5 and up. the duo will be available in Japan pretty soon with a price tag of ¥11,235 (about US$144) for the TK-FBP019E series and ¥17,955 (about US$230) for the TK-FBP018 series. 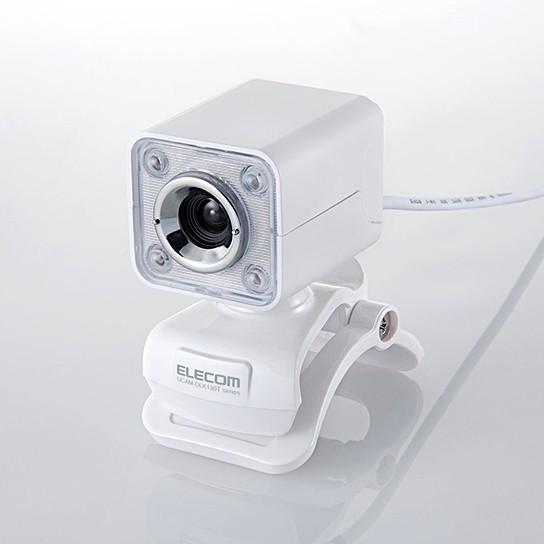 ever since the rising popularity of webcam integrated monitor, new webcam product news haven’t been as exciting as before. however, if you are in market for one, perhaps the Elecom UCAM-DLK130T series Webcam could be a worthy candidate. though it is only a 1.3-megapixels CMOS sensor webcam, it has glass lens for increase clarity as oppose to plastic lens and has built-in LED lights for those low light situation. it is capable of a maximum resolution of 1280 x 1024 pixels but at a very low frame rate of just 7 frames per seconds (fps). if quality is not a priority, two other resolution with better frame rates are also available (640 x 480 pixels @ 25 fps; 800 x 600 pixels @ 12 fps). like most Elecom products, it is available in three color options, namely, black, red or white and carries a retail price of ¥2,100 (about US$27).