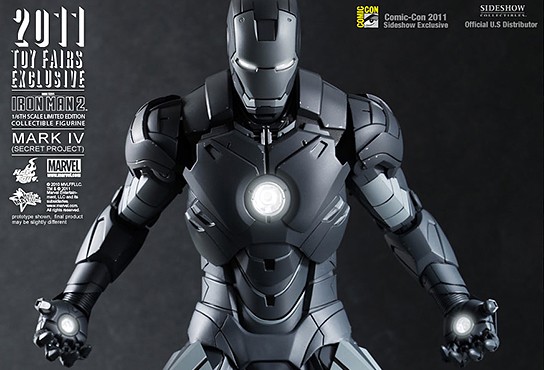 interestingly, this particular exclusive, the grey Iron Man gets a donut box with a donut inside and Stark gets an additional red-framed sunglasses for the added vanity touch. also included in the package is a figure stand with Mark IV nameplate and movie logo, as well as an additional square figure stand with white LED light-up function. unfortunately, Comic-Con 2011 Attendee Edition was a sell-out but you will still have a chance to grab this limited edition figure under the ‘wait list‘ for a slightly pricer $214.99 price tag.