VR is the future of gaming and if you have not hop onboard the VR bandwagon already because of the somewhat prohibitive pricing, Sony Playstation is giving you a reason to do so. Well, almost. Sony Interactive Entertainment America has announced a new Playstation VR bundle which includes the Playstation VR headset and Playstation Camera for a MSRP of $399. In other words, SIEA is throwing in the camera for free with the purchase of the VR headset.

In addition, SIEA also announced that its Playstation Worlds VR bundle which comes packed with a Playstation VR headset, Playstation Camera, a pair of Playstation Move motion controllers, plus Playstation VR Worlds, will now get a new lower price of $449. Expect both bundles to hit the market starting September 1, 2017. In case you don’t already know, Sony Playstation 4’s latest system software has given PS VR a boost in the audio department with 5.1- and 7.1-channel surround sound in Cinematic Mode. So, if previously audio was part of the reason of you not getting into PS VR, well, then I guess, it is a reason no more. 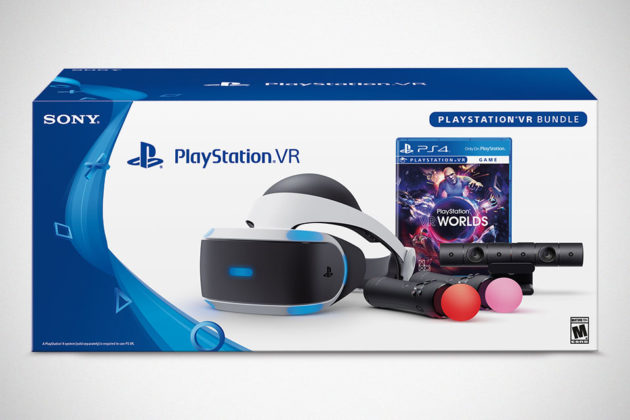 Anyways, the lower prices are based on MSRP and so, you may not be getting a significant saving as you may have hoped. Like for example, the PS VR headset and the camera retails for $369.99 and $43.49, respectively, on Amazon. Their MSRP were $399.99 and $59.99 which makes the $399 package an attractive option because of 60 bucks saving. However, if you shop on Amazon, the total price you are looking at without bundle is around $413, which means you’d be saving 15 bucks or so – not as much as you may have anticipated. Then again, the bundle price of $399 may be lower when it hits the retailers and so, you maybe getting the significant saving after all. Especially now when Amazon is offering free shipping on eligible orders.

The PS VR Worlds bundle (also known as PS VR Launch Bundle), on the other hand, did actually get a significant amount of discount (almost $50) and it could be more because since $449 is just a MSRP which, from our experience, the eventual price by most retailers is almost always lower. I hope this post will help you to decide if Playstation’s offer is worth your dollars.