If you have been following this blog, you would have known what Square Enix Play Arts Kai is capable off. If you don’t, it is capable transforming the outlook of popular comics book superheroes and villains into something entirely different and still remain as alluring, if not more alluring. The creepy Batman was a prime example and now, one of the cape crusader’s arch nemesis, Harley Quinn, has also gotten the Square Enix Play Arts Kai treatment. 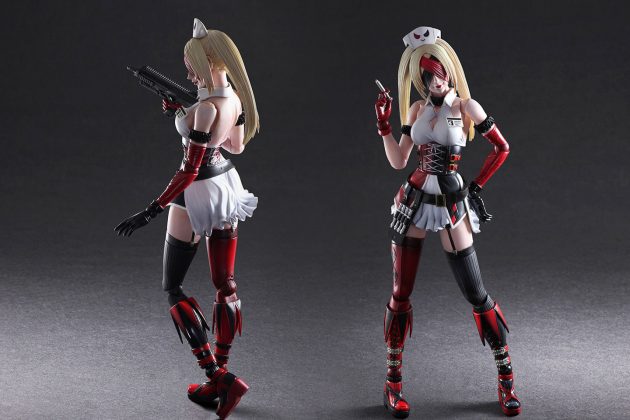 The result is, not surprisingly, oddly attractive. Called the Square Enix Play Arts Kai DC Variant Harley Quinn Figure, this particular work of art is in itself unique because it has a ‘transformable’ mallet, Quinn’s signature weapon of choice. It won’t turn into a robotic Harley Quinn though. However, the oversized but futuristic mallet can be taken apart and turned into an armored costume for the psychotic villain. With the armor suit on, Dr. Harleen Frances Quinzel turns into something sort of a cross between Iron Man and a court jester (but a lot more skimpy). 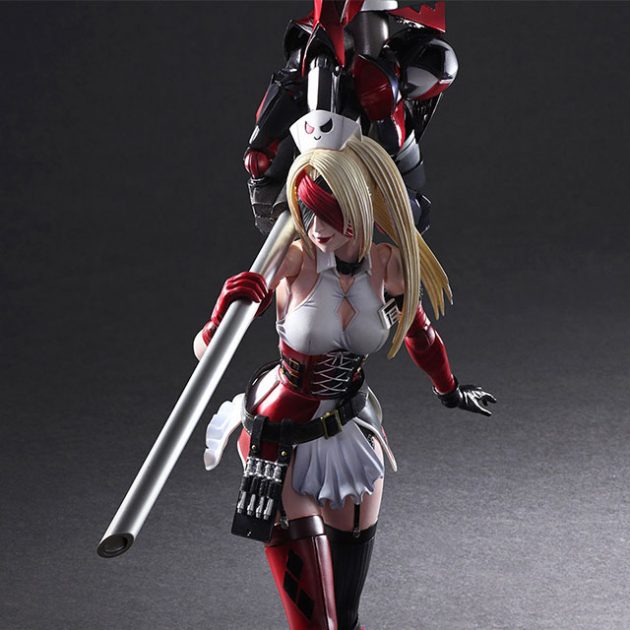 Additionally, you will also find action figure staples like multiple interchangeable hands, a sizeable submachine gun, a swap out portrait and whatnot along with this figure. Now, we all know Harley Quinn is a nut job (and so is her boyfriend, Joker) and what Play Arts Kai DC Variant Harley Quinn Figure did is not only fitting but effective; effective in transforming her to look even more of an irreprensible criminal. While a little on the punk-ish side of things, the scarves covering the eyes in a cross manner adds a dose of creepiness and the too-tight-to-imagine corset serves to reinforce the twisted mind Harley Quinn is infamously known for. 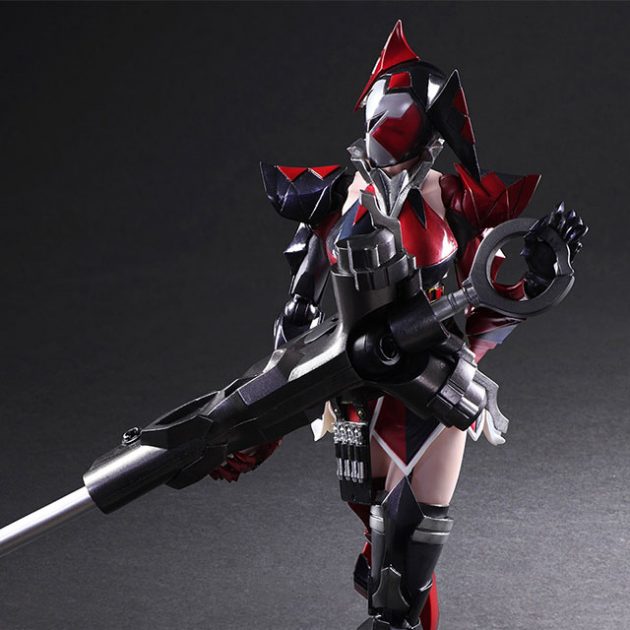 A utility belt of sort, hanging on the hip of the hour-glass figure Quinn, with a holder for a series of syringes further adds an element of sinister to the figure and finally, the overall use of opposite colors of red and black, colors associated with Quinn, against a what looks like a kinky nurse outfit (complete with hear gear!) wraps up the package. The result is a brilliant figure that embodies insane evil that screams: “I am an evil nut job!”

Like the Play Arts Kai Batman, Play Arts Kai DC Variant Harley Quinn Figure is also designed by Tetsuya Nomura. If you want one, you can hit up Square Enix web shop and put in your pre-order which is expected to fulfil sometime in February 2018. But expect to shell handsome money for it as it comes with an asking price of $249.99. 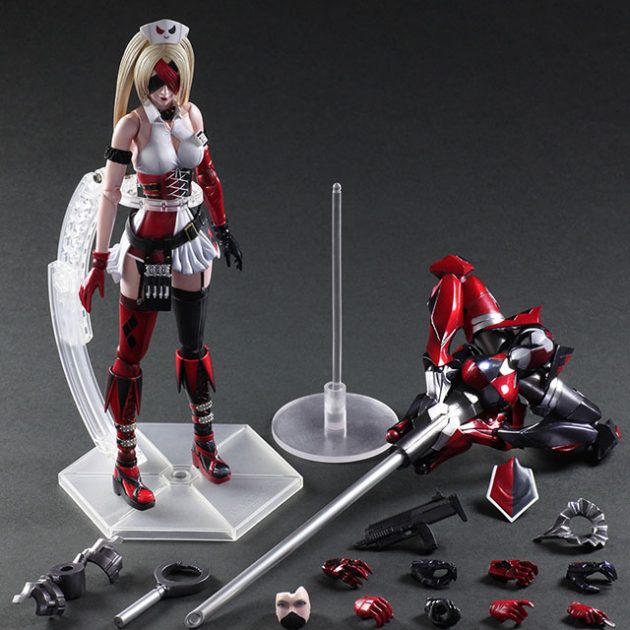