Japanese anime/manga sci-fi/fantasy stuff is a thing of the legend. Compared with western counterparts, Japanese variation tends to be sharper and plays heavily on angular features. Just look at Devil May Cry, Final Fantasy, Evangelion and you will know what we mean. Now, imagine what would superheroes like Batman will turn out if he was designed by Japanese artists? Well, we will save you the effort of imagination; just take a look at Square Enix Play Arts Kai Batman by Tetsuya Nomura and you have the answer. Pretty impressive, right? Granted, that devilish and very un-Batman look may not appeal to all, but the true appeal lies in the radical depiction of the Dark Knight. Speaking of knight, the helmet of this alternate Batman kind of look like a sci-fi knight’s which anime/manga fans may be familiar with. 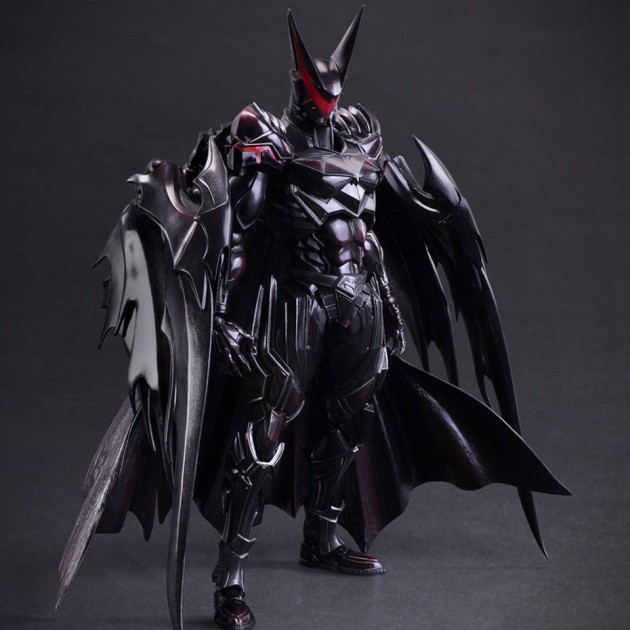 The devilish look is attributed by a combination of elements including jagged edges (and I mean a lot of them), a helmet with a pair of huge spikes, a translucent red visor in the manner of V-shape, bladed arms, sharp talons on both the regular hands and the extra appendages. Yes. You heard that right. We said ‘extra appendages’ cos’ this badass Batman has an extra set of arms on its back. This second set of limbs can extend to “shape shift between a closed ‘deactivated mode’ and a wide-open ‘activated mode’,” which presumably, for intimidation purposes or perhaps when gliding to make it look more like a bat. Actually, we do not know what they are for, but looks kind of cool anyway. Square Enix’s iteration of the Dark Knight also features an acceleration booster on the chest and an arsenal of Batarangs stashed in the figure’s leg compartment.

To be honest, I have mix feelings about this 11-inch action figure. Its sophistication and gothic flair appeals to me, but those sharp, jagged design, especially with the V-shape red visor, sure gives me an unsettling feeling. It gives me the feeling that this knight in blacking (and dark red) shiny armor is ready to slain as oppose to Batman’s no kill policy. Oh well, maybe it is just me. However, if its right up your possibly gothic alley, then here’s good news: it is up for grab in exchange for $249.99 of your hard-earned dough. Keep going for a few more look. 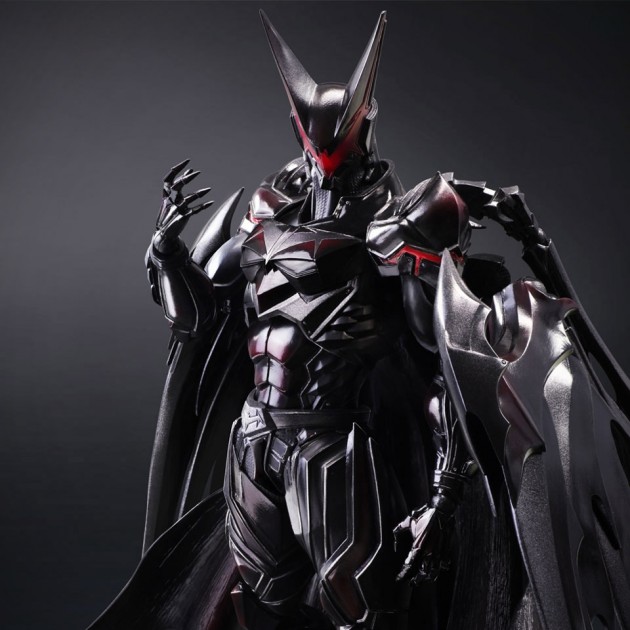 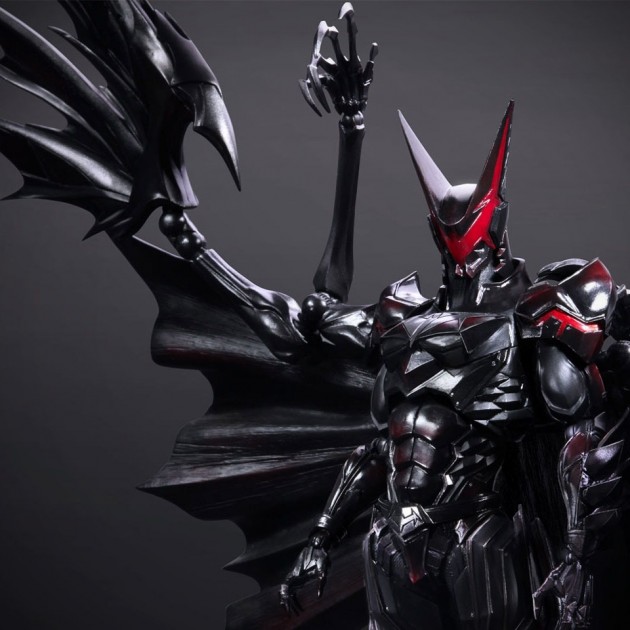 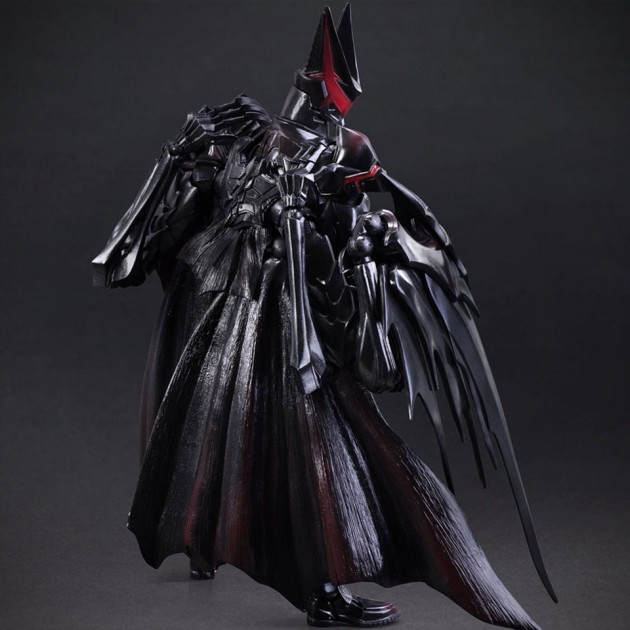 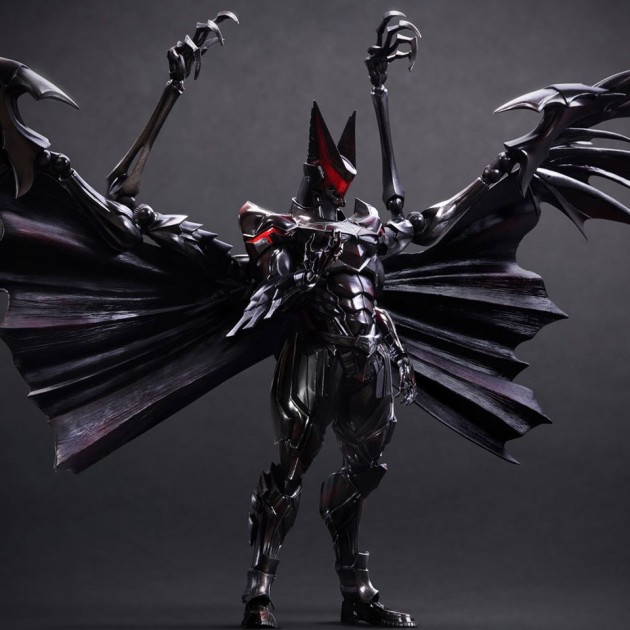 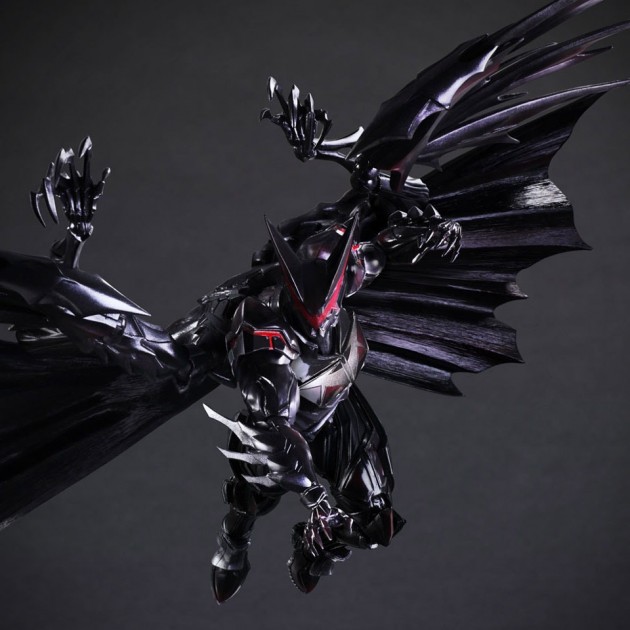 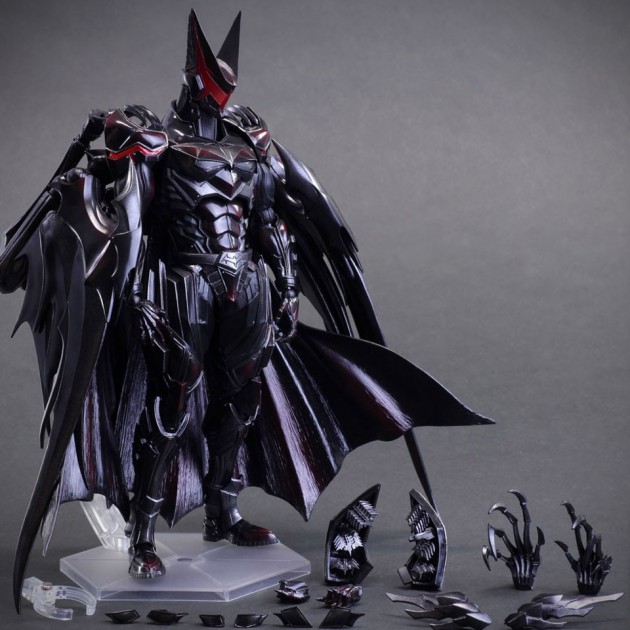