radio control toy takes on virtually all recognizable transportations from cars to watercrafts to aircrafts, and some even broke boundary by going the more unconventional route like walking and jumping, but one that actually runs on ‘legs’? well, in this respect, OutRunner has got to be the first. claiming the crown of the world’s first RC legged robot, this odd looking robot uses two sets of three legs to propel itself forward. granted, legged RC robot isn’t the newest thing, the OutRunner stood out as one that you can actually own and pilot. so yes. you can now add running robot with limbs to your list of all things remote control which you can own. though it mimics how bipeds run, it essentially has two fast spinning wheels with ‘legs’ attached. the legs appear to have some form of suspension which, together with self-balancing capability, allows it to maneuver across a wide variety of terrains, including asphalt, dirt trails and even grass. 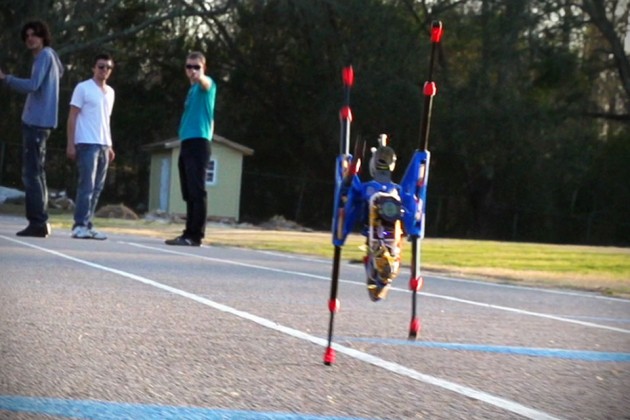 the best part about the OutRunner is, you don’t need to be a research scientist to handle one of these; controlling this legged RC robot as simple as using standard RC radio transmitter. just hit the sticks to make it dash and turn. two models are being offered now through Kickstarter: the OutRunner Core is the base machine which offers up to 10 mph top speed and an hour of battery life, and a high-performing OutRunner Performance (think of it as a race variant of the Core) that tops out at 20 mph and offering 2-hours of fun. both versions are powered by brushless motor (though an out-runner is used on the Performance model) and comes standard with a Universal Camera Mount for attaching your favorite action camera. in addition to the camera mount, the Performance model also boast an onboard HD camera capable of 720p recording at 30 fps. 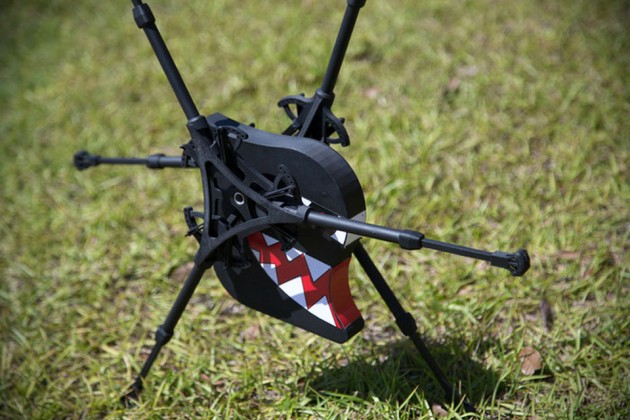 the Performance is many steps up the Core, featuring a 6-degree of freedom Inertia Measurement Unit (comprising of accelerometer and gyroscope) and has built-in WiFi that allows sensor data and video to be streamed to your smartphone. the Performance also comes equipped with 12 legs instead of six on the Core, thus allowing you to setup the OutRunner to run on six, eight, ten or all twelve legs. pledges of at least $249 will secure yourself one Core DIY kit and runs up to $799 for the Performance version, but those will only be materialized if the project hits its lofty target of $150,000.