Will electronics ever be a thing of luxury? Perhaps. Looking what Leica has done, it doesn’t seem impossible that luxury could have a place in the world of gadgets and if LG hasn’t proved so, then perhaps, TAG Heuer’s first smartwatch, dubbed Connected, would help to reinforce the notion. Holding hands with Google’s Android Wear and Intel, this smart timepiece has no cogs and gears like the Carrera timepiece that it drew its inspiration from; instead its 46mm titanium grade 2 case (which measures a cool 12.8mm thick) is home to a 1.5-inch circular multi-touch display with a respectable resolution of 360 x 360 pixels, a 1.6GHz dual-core processor with one gigabyte of RAM and 4GB of storage, plus smartwatch requisite sensors and connectivity like gyro, tilt detection sensor, Bluetooth 4.1, as well as 2.4GHz wireless n. 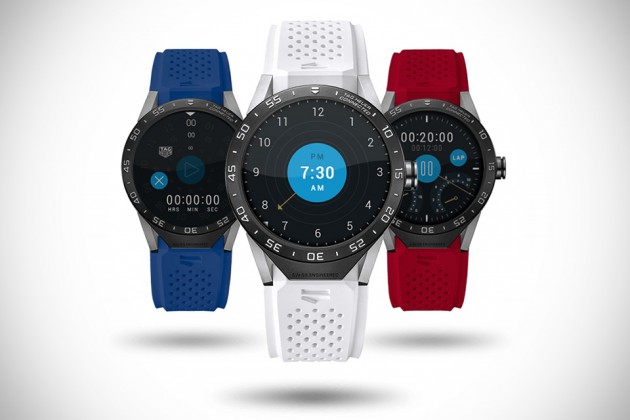 Like Apple Watch, it gets a conductive charging cradle, though granted, it is not magnetic and also gets stuff like microphone, haptic engine, and of course, a built-in battery, which in this case, is rated at 410 mAh that’s good for at least 25 hours of operation. Additionally, it is equipped with directional wind and weather monitoring, RaceChrono Pro capability, and Google Fit, “each designed at the synthesis of style and precision thanks to its innovative interactive counters.”

Other aspects of the timepiece include a IP67 construction for resistance against water ingress, a scratch-resistant sapphire crystal, “TAG Heuer Connected” lettering engraved with silver lacquer, a set of 3D-raised and fine-brushed numerals against a black, sandblasted and carbide-coated titanium bezel with anti-fingerprint coating, a lone titanium push-button with the obligatory raised TAG Heuer shield, fine-brushed titanium lugs, and a 29g vulcanized rubber strap with grade 2 titanium folding clasp and safety push-buttons. 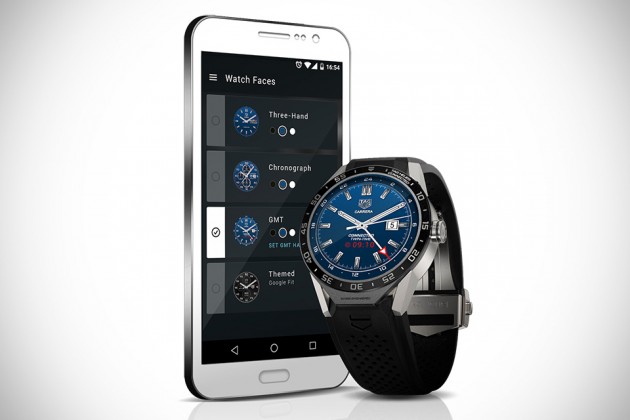 TAG Heuer Connected Smartwatch will play well with both Android and iOS devices running versions 4.3+ and 8.2+, respectively. Well, it better damn well be cos’ this baby is probably the dearest ‘stock’ smartwatch money can buy, costing a grand $1,500 a pop. TAG Heuer Connected Smartwatch is available at 20 select boutiques across the U.S. for discerning gadget-loving men who are willing to plonk down the kind of money for a piece of luxury tech. 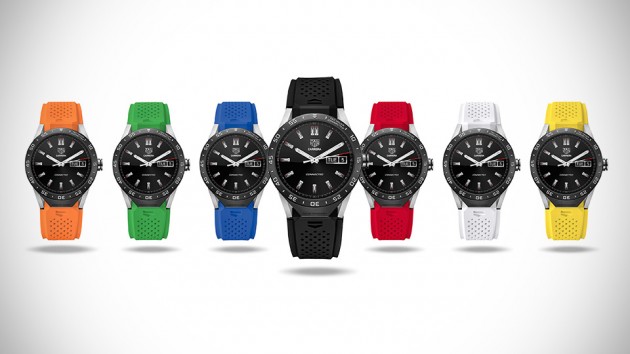