Among the sea of cosplayers, it is often hard to get attention for the effort the cosplayers had put in. A handful did it anyways. Some did it with impressive (and sometimes, rather grotesque) cosplay, while others did it with life-like representation and for some, humor is the way to go. Cholo Thanos was one good example of humor. But nothing captures the hearts of convention goers and made everyone, including the Internet, goes Awwww… this is so sweet! than father and daughter cosplaying as Thanos and baby Gamora. What you see here is exactly that.

Just look at them, aren’t they adorable? Despite the fact that in actual Marvel comic world, Thanos was the Mad Titan that had little Gamora’s family killed. This impressive and strangely heart-warming cosplay team up was by Philippines-based veteran cosplayer Wreidyl Denorte (who go by the cosplay name Kino Kaoru) and the cute little Gamora there is his real life daughter, 3-year-old Shay Denorte. We shan’t dig too deep into how it came about. All you need to know is, this cosplay team up won by the hearts and not the eyes.

However, if you are super keen to know, you can go through the full report by io9 HERE. There’s a video of the duo straddling down a convention too. It was really, really the sweetest moment anyone could hope for in a convention filled with amazing cosplays. 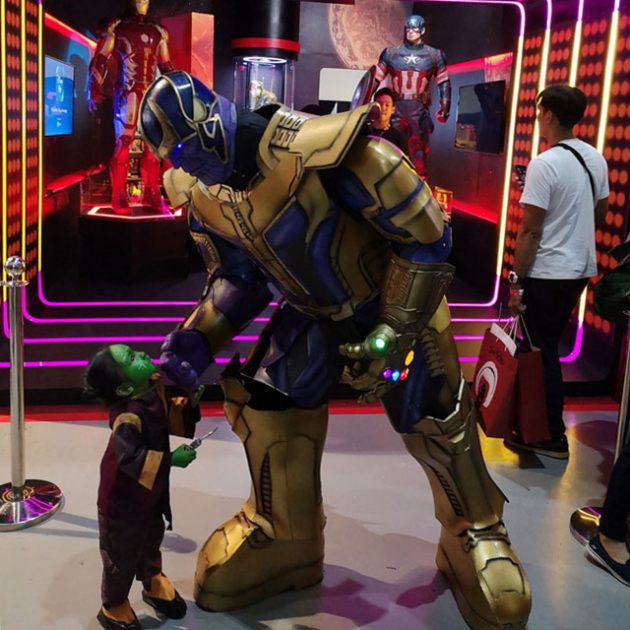