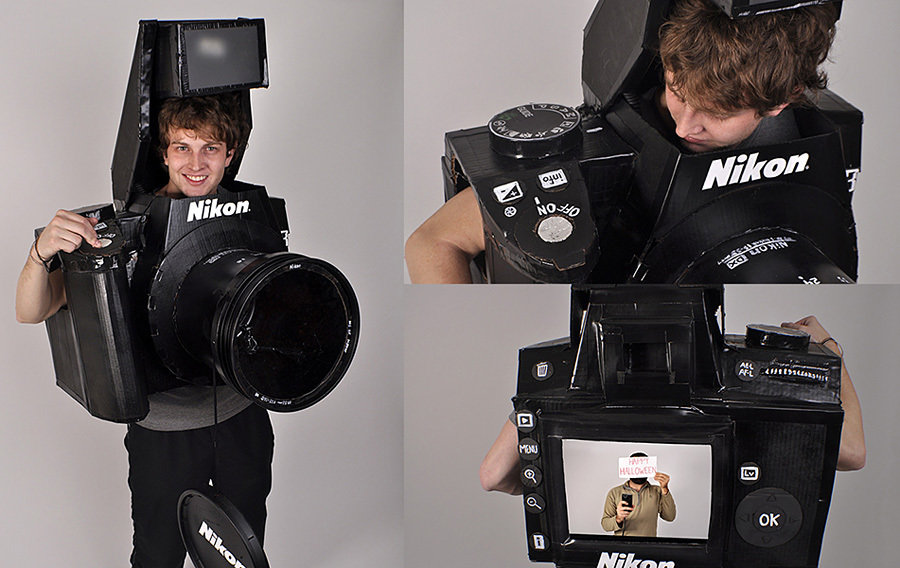 never mind that Halloween is well over cos’ i thought this costume is so awesome that it deserves some honorable mention. created by one instructables member by the nick of tylercard aka Tyler Card, this costume is in the form of a wearable DSLR (a Nikon, in this case) crafted out from some cardboards and incorporates a rear working camera and a laptop that allows it to actually take photos, and display the taken image on its LCD display behind the wearer. to take a picture, the wearer just need to hit the oversized shutter button and the image is capture from the front via the digital camera – just the real deal but only much larger in size. according to Tyler Card, it cost him only $35 to create this awesome costume but of course, that amount is excluding the necessary laptop and digital camera to take images. oh, it even has a pop up flash to add to the realism, and a pop up head and a couple of limbs. a must have costume for any shutterbug-geek for any costume party. more images follows after the break, along with a short demo video and a quick ‘how he made it’ video.
[ad#Google Adsense-text-468×60]