Star Wars has absolutely no relation to automotive, but that didn’t stop companies from trying to associate with one of the century’s greatest sci-fi movie franchise. Automakers have already churned out Star Wars-themed Dodge vehicles, a Fiat 500E, and even an over-the-top C5 Corvette-based Darth Vader Car, and so it is not a surprised to find Star Wars-themed die-cast cars too, which Takara Tomy’s Tomica line has been turning out for quite sometime now. Speaking of Tomica, if you have those adorable Star Wars die-cast cars, dubbed Star Cars, then you would probably want this father of all Star Cars, the Star Wars Star Cars Darth Vader Car Carrier. 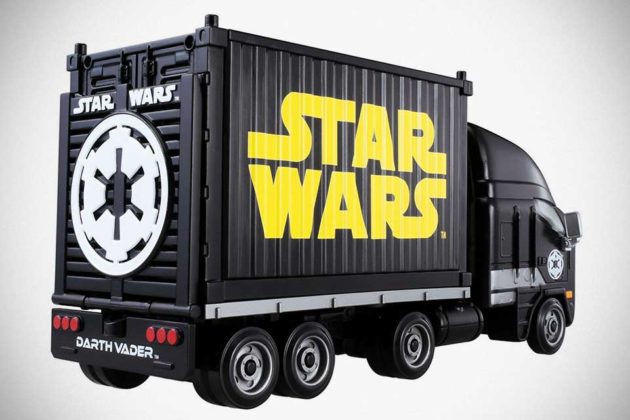 As you can see, it is a huge semi truck sporting the familiar Sith Lord helmet design on the cabin. The truck stretches 315 mm (about 12 inches) long and features a detachable, functional trailer with a cargo container that offers two levels of Star Cars parking space complete with clear panel so you can admire your collection whenever you desire. The cargo container can be removed to turn the trailer into a flat-bed with a vehicle ramp, so you can play out the good’ol load’ya cars scenario. The cargo container is also suitable for toy-grade action figures too, so if you are not into Star Cars, you can display your proud collection of Star Wars action figures in it too.

Now, the good news: you don’t need to be in Japan to bag the awesome Tomica Star Wars Star Cars Darth Vader Car Carrier. It is actually available on Amazon, priced at $45.55. Don’t say we did not tip you off and yes, you’re welcome. 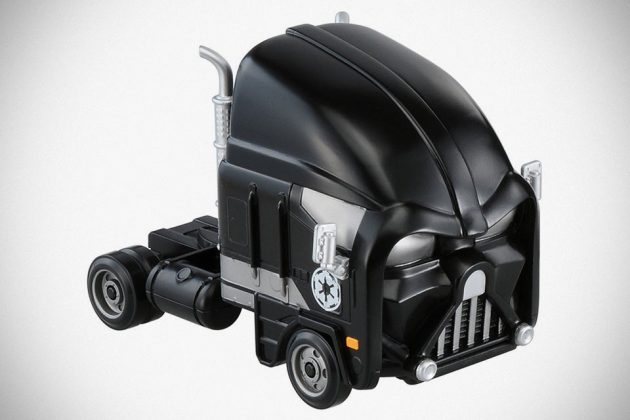 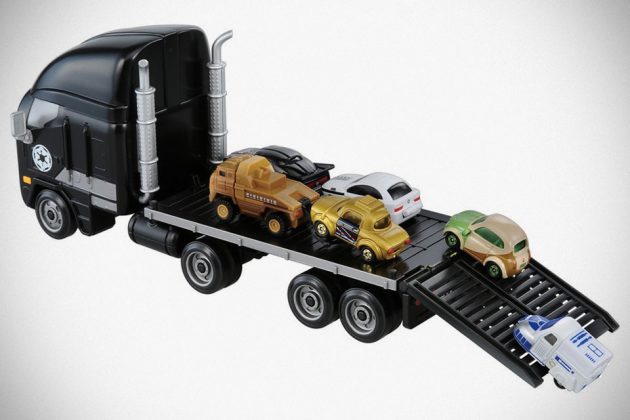 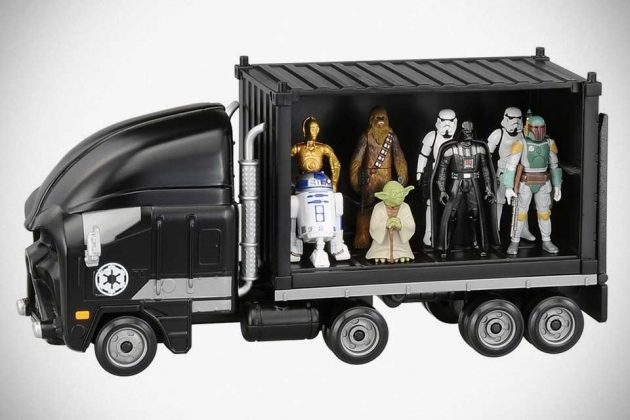 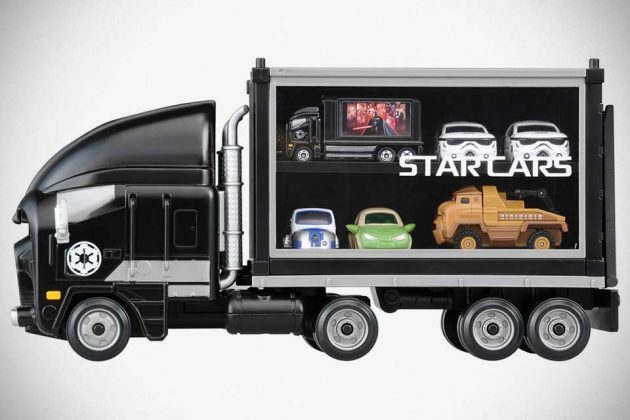