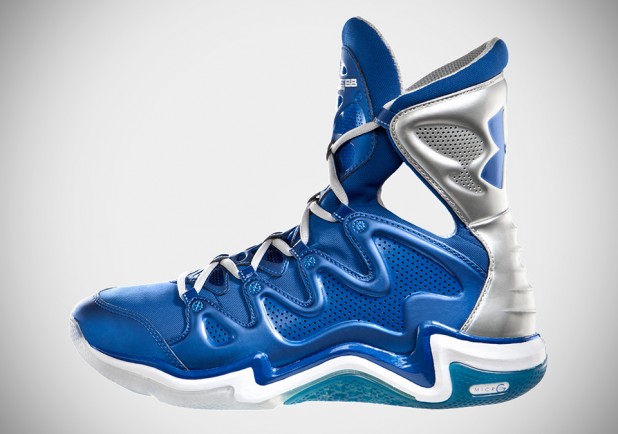 one thing Back to the Future has proved was, the shoes of the future may not look as outlandish as we thought to be, at least now that the everyone-wants-a-pair Nike Mag looks pretty pale by comparison to the Under Armour Charge Basketball Shoes. when we first lay eyes on it, we thought it was from the future – like maybe from 2050, perhaps? beyond its bold appearance, it has a bunch of technical features that befits its look. stuff like a two-piece upper construction that gives your ankles the support it need while still allowing for flexibility, HeatGear materials for breathability and wicking the sweat off, perforated synthetic overlays for the added support and stability, cored out clear rubber outsole for lightness with traction pods thrown in for good measure of sure-footedness, and on the inside, it is stuffed with “strategically placed” foam pods, Micro G form cushions, and TPU – all put together to give the player the support and responsiveness in the game. yours for a small sum of $129.99 and the good news for everyone outside of the U.S.: UA do ship internationally, including Singapore.

Under Armour via Uncrate