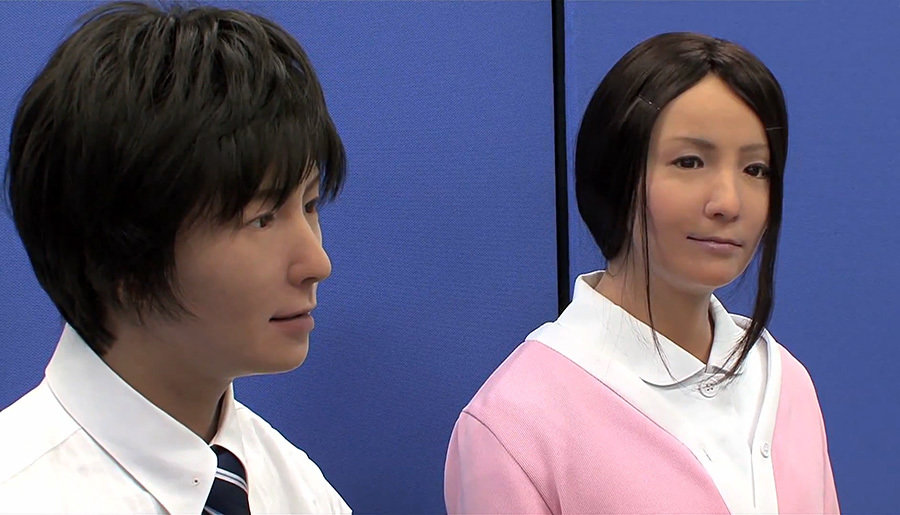 remember the Actroid-F female humanoid that we featured a year ago? well, a year on, this female robot gets a new robot brother. it’s creator, AIST, has often been pitched with the question on why they create female robot, so they decided that its high time to give the male version a go. essentially, both robots are the same in terms of its working mechanics and only the wig and some cosmetics set the brother and sister robots apart. creating a male version also allows AIST to compare the impressions made by male and female robots to the subjects. in addition to the male humanoid, the duo are now equipped with cameras placed inside their retinas, thus enabling the robots to direct their line of sight towards a subject which inherently, makes them even more life-like and believable. i am not sure whether the presence of a human-like robot as opposed to a robot robot makes any difference but i guess, if given a lonely space such as in an old folks home, life-likeness might make a better companionship then a metal chunk. AIST did not mention any name for the male humanoid, so i was wondering… could it be Actroid-M? well, you know, it was just a thought. check out a video of the duo in action after the break.
[ad#Google Adsense-text-468×60]