RC things that fly has come a long way. i remember when i started out in RC helicopter, control was the biggest hurdle. back then, gyro wasn’t as sophisticated, or as the experts would say ‘more challenging’ and involves ‘real skills’. thanks the advancement in micro electronics, gyros are now tinier and smarter, which makes hover-capable craft like quadcopters easier to control and Xtreem’s latest quad-rotor flyer, Mini Stealth Drone, is one such RC toy that benefits from this advancement. it promised to take you from rookie pilot to a pro with “little practice” and even “perform all kinds of tricks and stunts.” while control is critical, the sense of direction for these multi-directional flying craft is another whole new challenge, but that’s another issue altogether. for now, it looks like the trickiest part in the book has been eliminated. 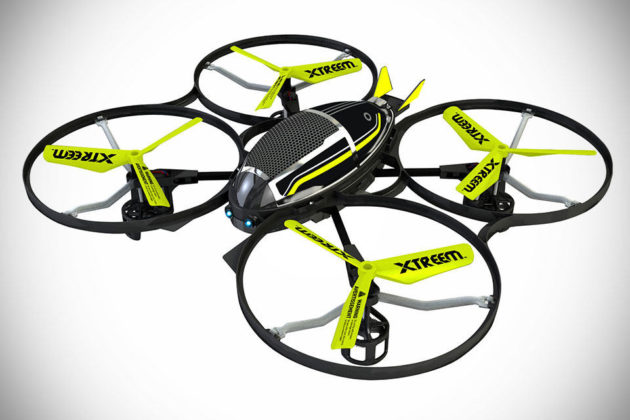 anyways, it is a toy. how hard can it get? it measures a mere 6 inches long, but despite its tiny overall length, it is equipped with proportional lengthy three-blade rotors, which should translates to a pretty mean lift – that’s if, they are paired with equally abled motors. again, it is a toy, so it probably won’t be brushless motors you will find under the rotors, but at just $49.99, you can’t really ask for much. radio control is established via 2.4GHz frequency, which provides a healthy range (for toy, we must reiterate) of up to 330 feet or 100 meters, and the Xbox 360-like transmitter should provide a pretty comfy hold, while you explore the six-way multi-dimensional movement, including up, down, forward, backward, left and right. an onboard rechargeable lithium polymer battery provides up to seven minutes of flight time and the remote runs off six numbers of AA batteries (not included, btw). like most RC helicopters and quadcopters of this size, the Stealth Drone can be recharged with the remote or simply by plugging it to any USB power port.

it is a shame it couldn’t drop bubble bomb like the Bubble Bomber nor does it has a camera, but we have to keep in mind that it is already a pretty sophisticated toy at under 50 bucks. if you are impressed, you can pick one up from Fry’s. 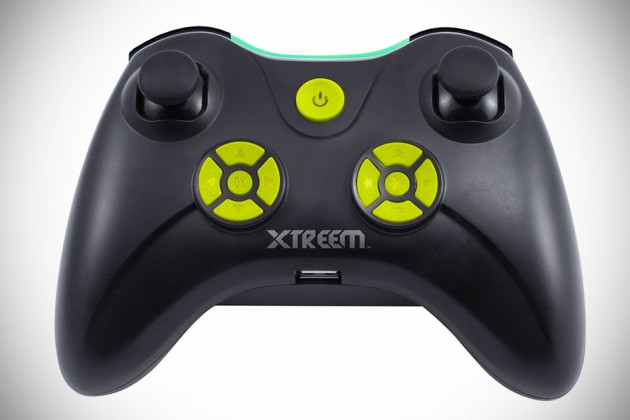