They say the eye is the window to the soul, but in the case of the ZTE’s new flagship smartphone, the Grand S3, it is the ID to unlocking it. So yes. You heard that right. Eye-based biometric has come to mobile devices and the Grand S3, which has been on sale since January in China, is the world’s first smartphones to offer such unlocking method. Provided by EyeVerify, the solution known as Eyeprint ID lets you use your eye as the key to your device, but how exactly it accomplish that or the process that entails, is not detailed. Anywho, if for some reason, fingerprint scanning irks you, this could be a good alternative to password-free access to your phone, or in this instance, the Grand S3. But, ZTE is not about to stop at unlocking the device; it has planned to integrated Eyeprint ID with mobile payment and other applications too. So look out for it cos’ next time, we will be seeing people staring at their devices over at the cashiers too. 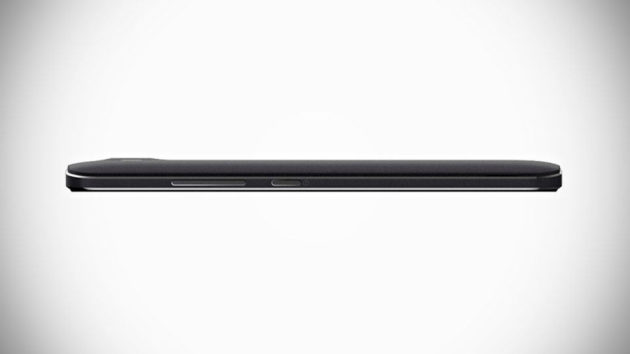 Under the hood, this sleek, minimalist device is powered by a Qualcomm Snapdragon 801 MSM8974AC quad-core 2.5GHz processor, aided by a good 3GB of RAM. Storage is meagre though, at 16GB, but expandable up to 64GB via microSD card. Other details include a 5.5-inch 1080p display, a 16MP rear-facing shooter with dual LED flash, a selfie-worthy 8MP front-facing camera, HiFi Voice, Dolby support, Bluetooth 4.0, wireless ac (no mention of dual band, though), dual SIM support, plus the usual suspects of sensors. The Grand S3 comes packed with a 3,100 mAh and runs on Android 4.4 OS. Actually, we are kind of surprise. You know. Pushing out an advanced, market-first security feature on a device that hardly can be considered flagship at this time. Anyways, it is available for purchase online in China for 2,999 RMB, or about US$478.