Marvel Cinematic Universe’s Tony Stark, AKA Iron Man is a fictional character who had many green with envy because he has JARVIS, the sophisticated AI that controls a series of robotic arms that can do pretty much anything. The Hitbot Z-Arm you see here is not that, though, but it is possibly the closest you can get to a JARVIS-like robotic arm right in your humble abode. This desktop-bound Z-Arm does not have JARVIS level of dexterity, but it is nearly as versatile. With a switch of the arm’s tool head, it can be a laser cutter, 3D printer, soldering device, and even work with a handful of Z-Arms to form a part assembly line. But it is not without caveat.

While you can do all the aforementioned, you ought to be as rich as Tony Stark because each rig will set you back at no less than $1,399 and mind you, that is already heavily discounted from its eventual retail price of a cool $2,808. And at this price, you will only be getting the Z-Arm, plus a couple of tool heads. Additional tool head can be procured, but at a cost upwards of $59 each and if you want further extension like, for example, a taller Z-Arm, or one that traverse on a rail, or one that’s mobile, you are looking at an additional $249-4,999.

Hey, that’s expected, is it? Nobody says being Tony Stark is going to be cheap and oh, it probably can’t make you an Iron Man suit and also, you can’t bark commands at it like Stark did (app is the way to go for now). Why? Because we are just not there yet, technologically-speaking. Just thought you should know. Continue to watch the pitch video to see it in action.

NOW READ  Yaw2 From Yaw VR Is Not Just A VR Motion Simulator. It Is Also A Smart Chair Too 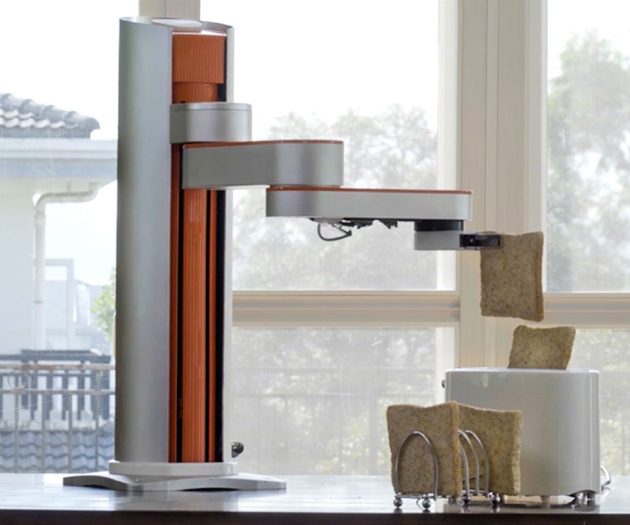