Star Wars, Star Wars everywhere. Months of hype and finally it is here, this week and millions have watched it and given it thumbs up. But the fever won’t subside even after catching it, that’s if you haven’t caught it twice or more already. Anywho, for true blue Star Wars buffs, the film is just part of the bigger Star Wars universe in their hearts and the market is certainly not lacking of Star Wars merchandize to keep up with your fix for all things Star Wars. But according to 3D Hubs, there are some pretty kick-ass Star Wars props money can’t buy, but instead, with a little help from a 3D printer plus some DIY-ing, they could be yours.

They include items like Return of the Jedi Lightsaber hilt, Kylo Ren’s crossguard Lightsaber, remote control Rey’s Speeder Bike and First Order Special Forces Tie Fighter, a working radio controlled BB-8 droid, super awesome low-poly Darth Vader and Stormtrooper, miniature Yoda bust and even a life-size stormtrooper helmet for your next cosplay endeavor. You can find out more how you can get started with these fabulous Star Wars projects over at 3D Hubs. 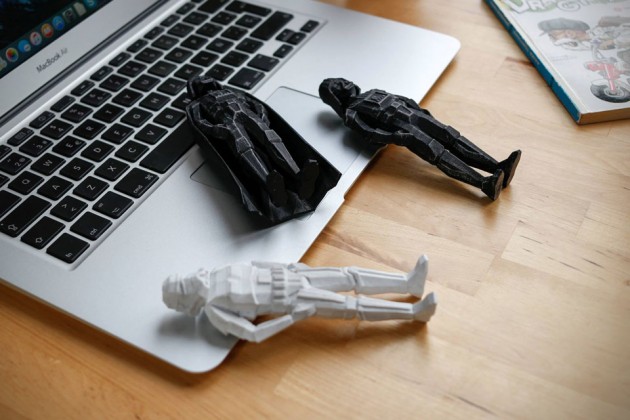