The Singaporean man with the thing for mechanized dieselpunk walking tank scale model is back. This time Michael Sng is bringing a new model called Codename Colossus M1A2 Light Walker Squad Leader ver. The new model is, as expected, very dieselpunk-ish, featuring a hexapod design with a lightly armored body. As with previous Machination Studio’s creation, Codename Colossus M1A2 Light Walker Squad Leader ver. Is motorized and lighted, where appropriate, with LEDs. This new walking tank is of 1/35 scale model kit composed of over 60 polyurethane resin cast and 3D printed parts, and each unit comes with a multi-part character figure called Sergeant Reynolds. Here’s a little backstory of this fictional soldier and his war machine:

“The M1A2 Light Walker – Squad Leader version is the first model in the Codename Colossus world from the U.S. Marine Expedition Force. It is a light scout walker designed and built in secret facilities in the Nevada desert… The M1 Light Walkers first saw action in the 2nd Mexican War and Sergeant Reynolds of the 51st Steel Cavalry Regiment is a decorated veteran for being the first cavalry troop to enter Mexico City, ending the war. Both the 51st Steel Cavalry and their Light Walkers are affectionately referred to as “Bug Zappers” for their Westinghouse lightning cannons that are designed to clear trenches and barbed wire.” 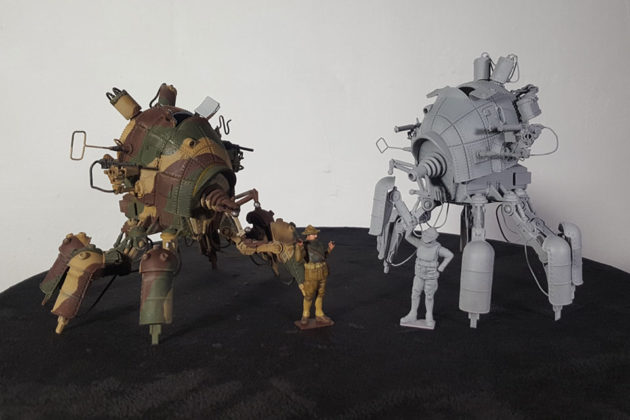 Being a kit, it will require assembly and painting and as such, experience in building model kit is required. Also, you will need modelling kit building essential tools. But the good thing is, you won’t have to solder any electronics as they will come pre-soldered; all you need to do is pop the electronics into the model. While it may be a ‘light walker’, the model is not small when assembled; it stands 5.5 inches tall and 5.5 inches wide. A few other highlights include independently articulated legs, opening hatches, rotating main armament and functioning lights. 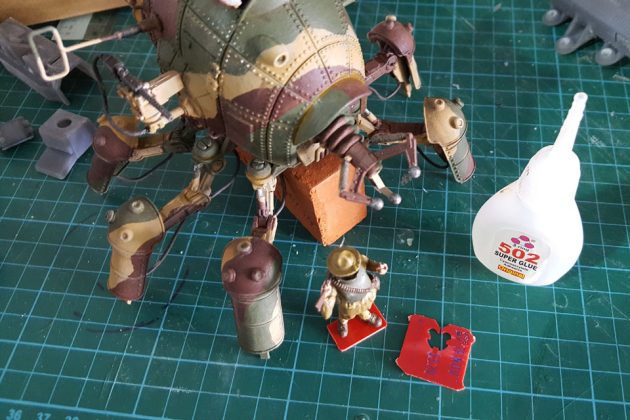 Machination Studio has once again taken to Kickstarter to promote its latest model. The campaign is funded already and therefore your pledge of 120 Singapore dollars (about US$91) will secure yourself a unit to be delivered sometime in May 2018. Production is underway as we speak. That, plus Machination Studio’s previous crowdfunding experience, should more or less guarantee delivery. If you are keen, you do have to act fast because, it is a 15-day campaign and as of this writing, it has just 12 days left on the calendar.

To ensure timely delivery by May/June, Sng as allocated only 100 units in this crowdfunding campaign. However, not to worry because, the Singapore-based toy maker will be making more, just that those will be available on its website and at a later date. So, if you want one sooner, you may have, like we suggested, act fast. At the time of this writing, 69 units are still available. You can learn more about in the pitch video below after a few more looks. 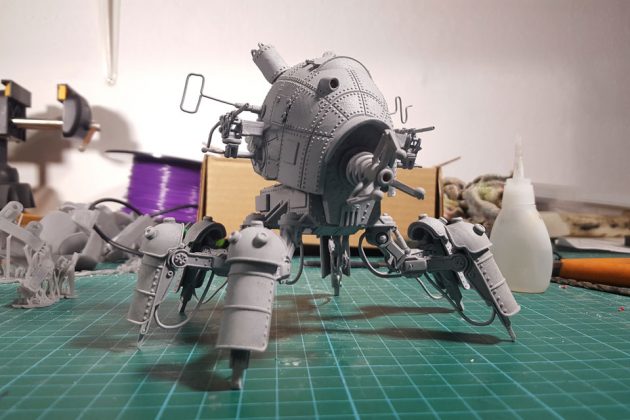 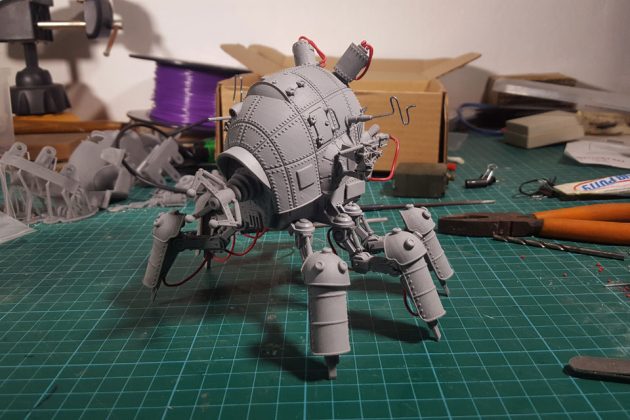 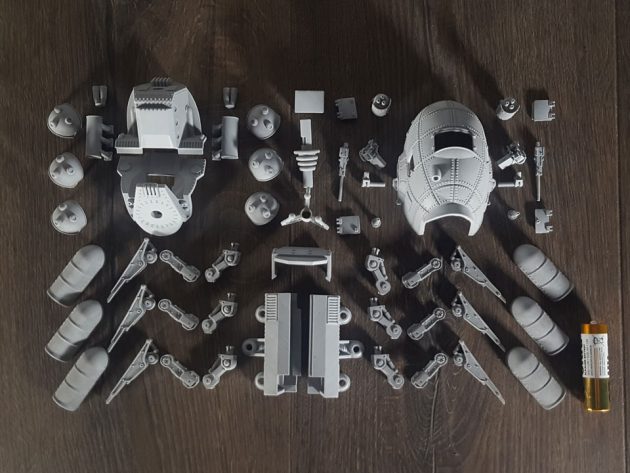