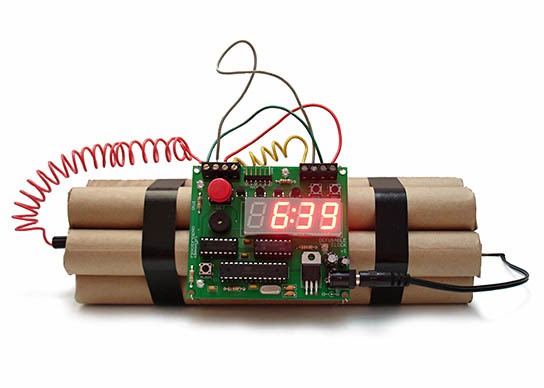 dragging yourself out of the bed each morning is a mammoth task for most of us and unless you have a super effective biological clock ticking in you, you would likely need a little help from your best (and most hated) friend known as alarm clock. here’s one alarm clock conjured up by Mike Krumpus of Nootropic Design that will lend you a little helping hand in making sure you actually wakes up than simply hitting the snooze button. we have alarm clock that needs to be defused to stop the ever irritating ringing but never before one that look so much like the real thing or at least, as real as what Hollywood movies have portrayed. that said, this is one alarm clock that you wouldn’t want to bring it out of your home.
[ad#Google Adsense-text-468×60]

the story goes that you have four wires and ten seconds to cut the correct wire to ‘defuse’ the alarm clock, thus making sure you are actually awake. yes, you will have to keep a pair of scissors or cutter handy for this purpose. the clock is powered by ATmega328 with Arduino bootloader, which makes it hack-friendly for anyone who wants to customize it. the good news is, the Defusable Clock will be available in near future – in kit form, of course, less you get into trouble with any authority before the shipment arrives. though no price tag has been put on it as yet. Mike has another version – with clay instead of ‘dynamites’ to simulate the C4 plastic explosives – which i thought was pretty cool too. a short video after the jump shows how this clock works. 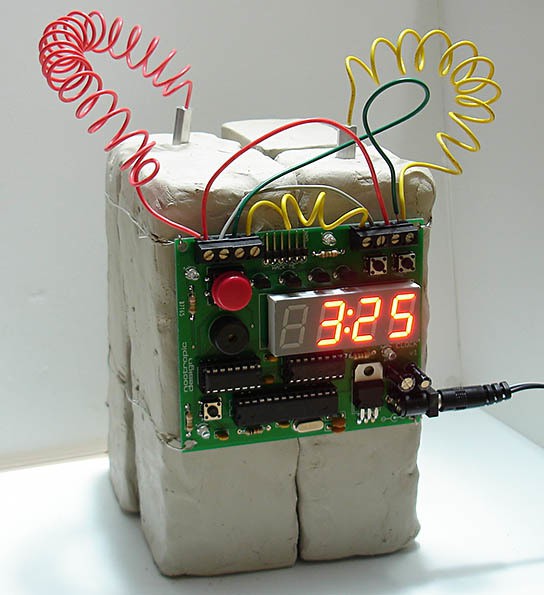