Halloween decorations have gone from the creepy, ghouls-themed to wait, what? Star Wars-themed? Yup. That is exactly what one man did on the front lawn of his property. Nick Meyer, an elevator mechanic, has built a towering 19-foot tall AT-AT replica modeled after a toy he bought. The family has the tradition of creating something unique for each year’s Halloween and while Nick may not be a huge Star Wars, he created the AT-AT anyways. With the help of a carpenter friend, the project commence in April and it is built from a combination of materials, including plywood, foam, and plastic barrels. The result pretty impressive, just for the sake of the sheer size which, not surprisingly, have attracted a lot of attention in his neighborhood. 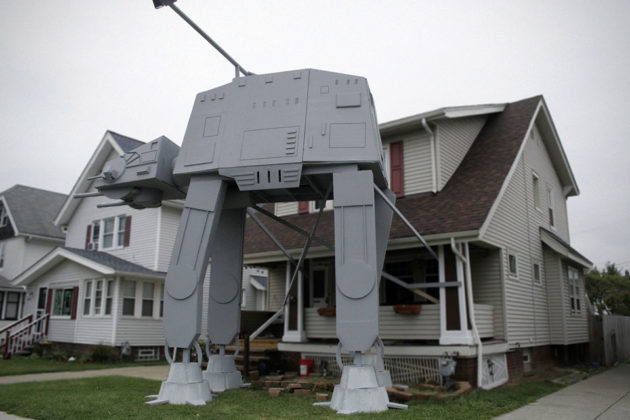 It is not clear if Nick’s iteration of the walking armored vehicle of the Imperial Army is able to hold any people for an indoor party. What we do know is, you probably can’t enter it because there’s a mannequin fashioned to resemble a Stormtrooper stood guard at the front. So, if you want to get up there, you will have sneak pass the guard. Nah. Just kidding. You probably can’t into it anyways. After all, Nick did not have the budget like Colin Furze had. Speaking of which, $1,500 was invested and 10 hours a weekend for half a year was devoted to building this iconic vehicle from the Star Wars franchise. Like I said, it may not be as impressive as the sponsored example that Furze did in his backyard, it is, however, an impressive feat nonetheless.

NOW READ  Wait, What? DIY Pennywise Sewer-lurking Scene Is Still A Thing In 2021? 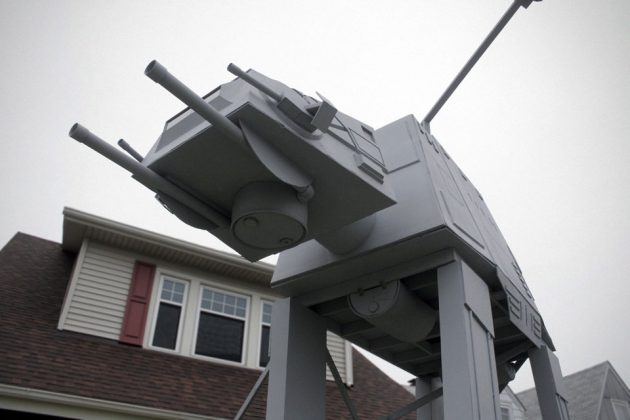 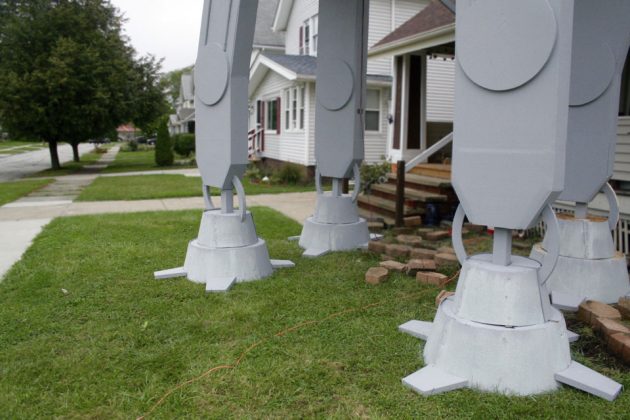